And a Happy Kevin Plank to you too!

Kevin Plank is a household name–right?

Under Armour’s Quest to Dethrone Nike and Jump-Start Baltimore

But really, Baltimore needs a lot of love.

For T’s birthday (#MandelaDay, July 18), my sister the faithful Baltimorean (demonym is my FAVORITE word, a demonym is a word that identifies residents or natives of a particular place) got T a “Kevin Plank” themed gift, for our favorite Terp in the family.

She got him a really nice UA grey polo shirt and a bottle of Sagamore Spirit’s rye whiskey, which is Plank’s latest venture. 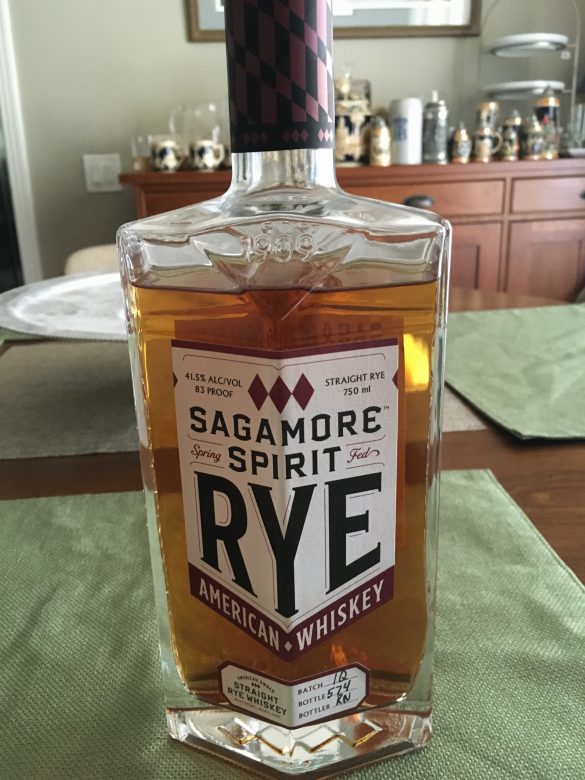 Very new like newborn: Sagamore Spirit’s rye whiskey to be featured at Preakness. What’s the Preakness, you say? Must I teach you everything…

So tomorrow, August 13, is Kevin Plank’s birthday. And my dad’s. And Lauraine’s. And apparently at least five of Lauraine’s friends.

So this morning OJ and I met Lauraine in New Braunfels for a little birthday celebration.

We live off New Braunfels (the road), but the actual city is about 25 miles up the road on the way to Austin. We also live near Austin Highway. I’ve often wondered if Austin Highway is the way you went to Austin before the interstate highway system, like how you would go from Maine to Florida on Route One (BUT WHO WANTS TO GO TO FLORIDA WITH ALL THIS ZIKA?!).

First stop: we met at the McKenna Children’s Museum. This place is the way more basic, country cousin of the DoSeum (previously the Children’s Museum of here) and as a result has way more to offer a child of OJ’s age (really, the DoSeum looks uber sophisticated and age inappropriate for OJ in comparison). But at the McKenna this morning, he was like a pig in shit. They had trains and tunnels and turtles and rocketships. 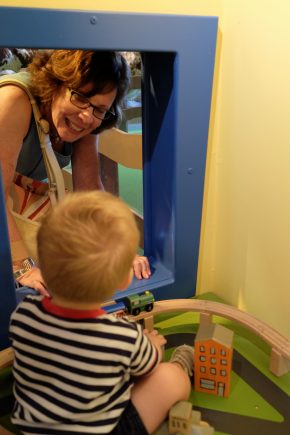 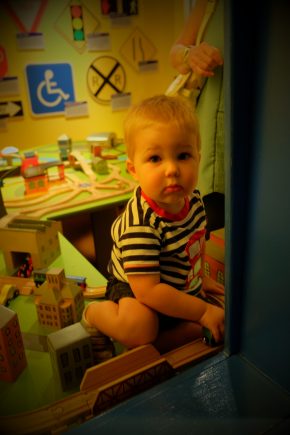 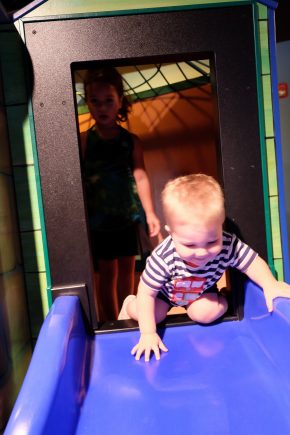 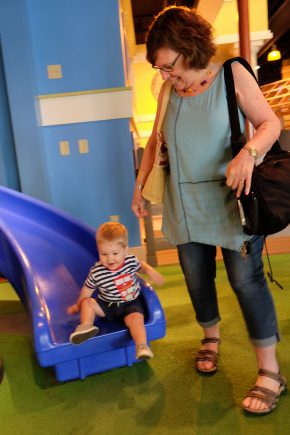 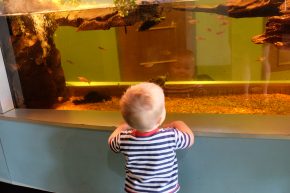 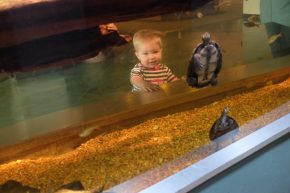 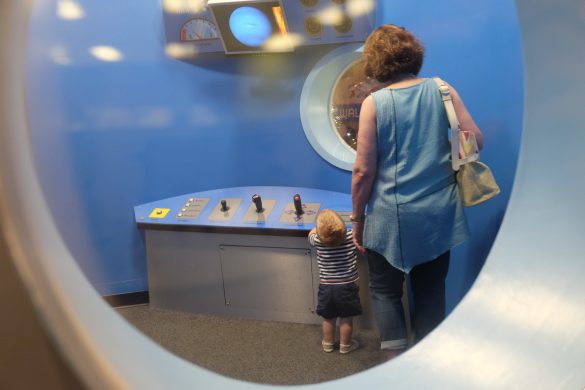 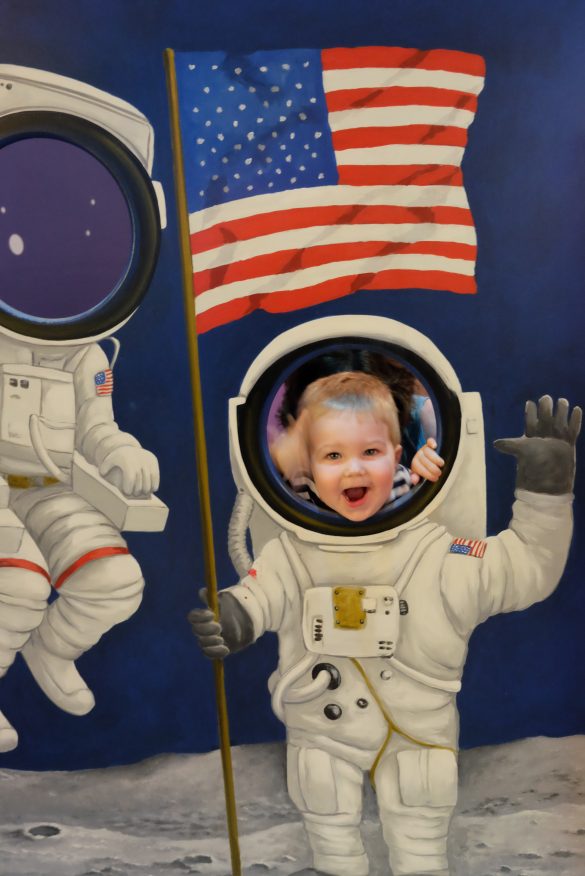 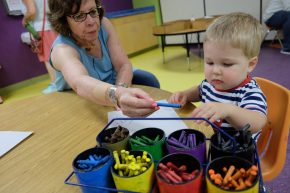 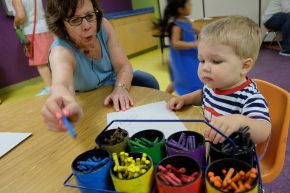 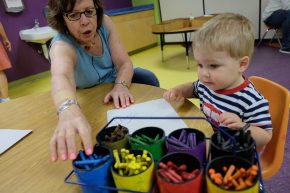 He was GUTTED to leave.

Second stop: six blocks down the street we had lunch at the Huisache Grill. Delicious! And so damn charming–the decor, the old people, the Etch-a-Sketch handed to us as we walked in the door with a child… 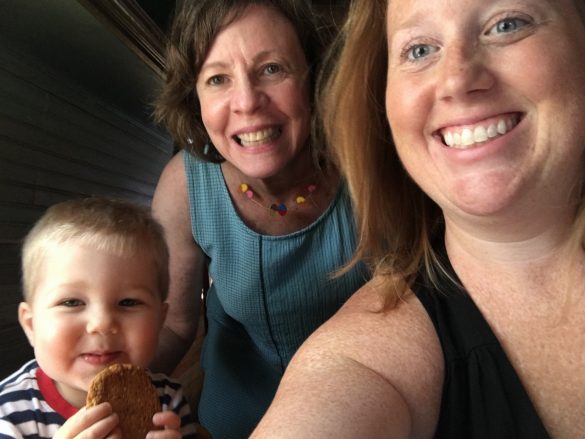 But it’s a close call which was better: our table overlooking the railroad tracks and the TWO TRAINS that came by while we ate lunch or the ICE CREAM SUNDAE that I spontaneously ordered for him (we were celebrating, after all!!). 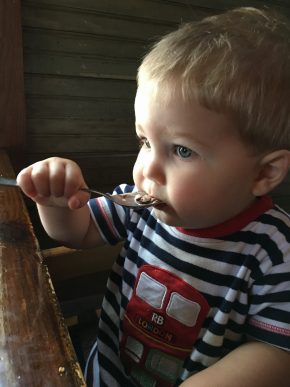 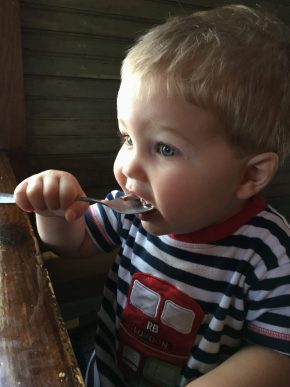 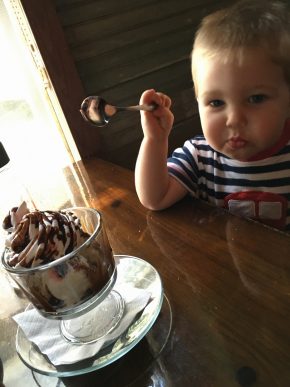 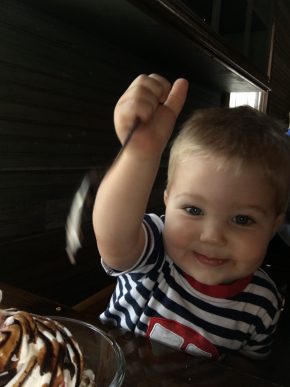 The worst and saddest part, though, was that after a train had gone by, OJ said, “more train, plllease!” You are killing me kid–asking so politely and there is not a damn thing I can do about it. You learn fast, my friend.

Blame it on Daniel Tiger