OJ has an ear infection. He woke up like an oven on Thursday and we had his nine month well baby check-up that morning (previously scheduled), his temperature was 102. The nurse practitioner advised me to “alternate Tylenol and Motrin and love on him.” We did that but ever still, he woke up screaming bloody murder this morning at 5am, so we were back at the doctor by 10am. Ear infection. There’s nothing enjoyable about having a sick baby (OJ likes taking medicine as much as his father) but if there is any silver lining–it’s lots of cuddles. And lots of Netflix time. 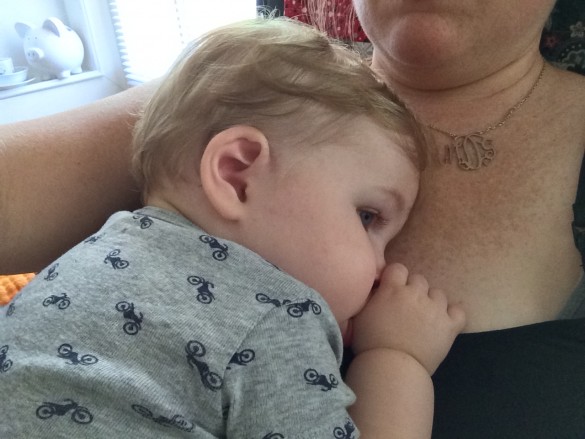 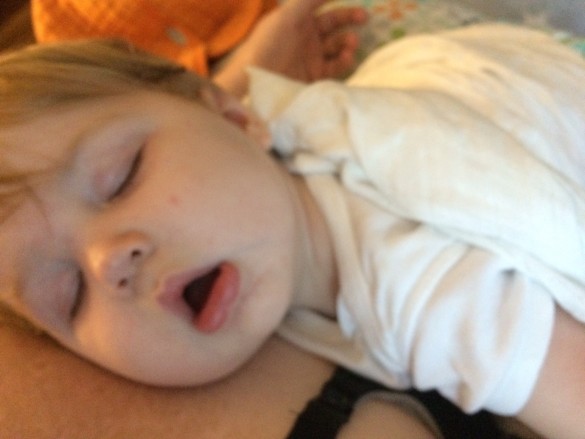 I can’t recommend a sick baby but I will recommend VELVET, about a department store in Madrid, Spain in the 1950’s. For the romantic period drama binge queens, take heed. 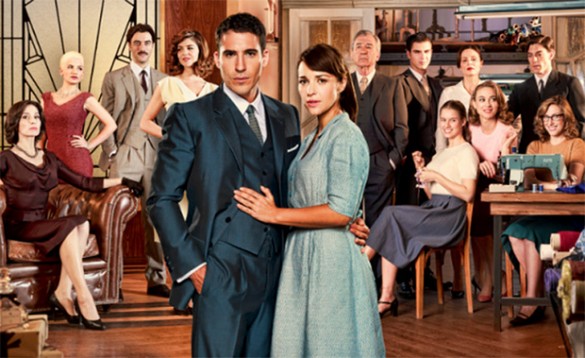 It is en Espanol with English subtitles which means it’s musical to listen to (and somewhat educational for living in Texas) but not a great show for “background” noise (like T likes to have) or to fall asleep to because you have to actually pay attention and read along.

Each episode is almost 90 minutes so it might take you a while to get through all 13 episodes of both seasons but when you’ve got a baby sleeping in your arms and you are not going anywhere very fast, you might just get through it all in less than a week. However I feel like the time invested was well worth it and highly recommend the show.

T calls it my telemundo soap opera but in addition to the love triangles, affairs and steamy and sweaty scenes, it’s also funny, thoughtful, well-written with a good bridge and balance between the two seasons and precisio to watch for the fashion, style, Art Deco architecture and oh yeah, the lead male is so damn handsome.

There are two other recent “department store” shows, but that’s where the similarities between VELVET and The Paradise and Mr. Selfridge end. The Paradise and Mr. Selfridge are both set in England (Oxford, London) in an earlier age (19th century, early 20th century) and each of those stories are set in nascent-era of department stores whereas VELVET is about Don Alberto taking over the successful and established business that his father built, after Don Rafeal’s sudden death (Episode One). As a result, VELVET is funnier, flashier and riskier than either of those shows, and I think, more entertaining. Binge Ahoy!

Bottle Shock: The Story of a Wine Love Triangle