Sunday is for church, but Saturday’s religious obligations are College GameDay and LSU football. 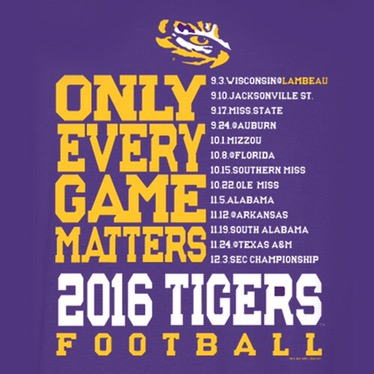 EVERY game matters, and at most EVERY LSU tailgate you will find some Tiger fans making (opponent) gumbo–last week was BADGER GUMBO, but my personal favorites are DUCK GUMBO and DUMBO GUMBO. 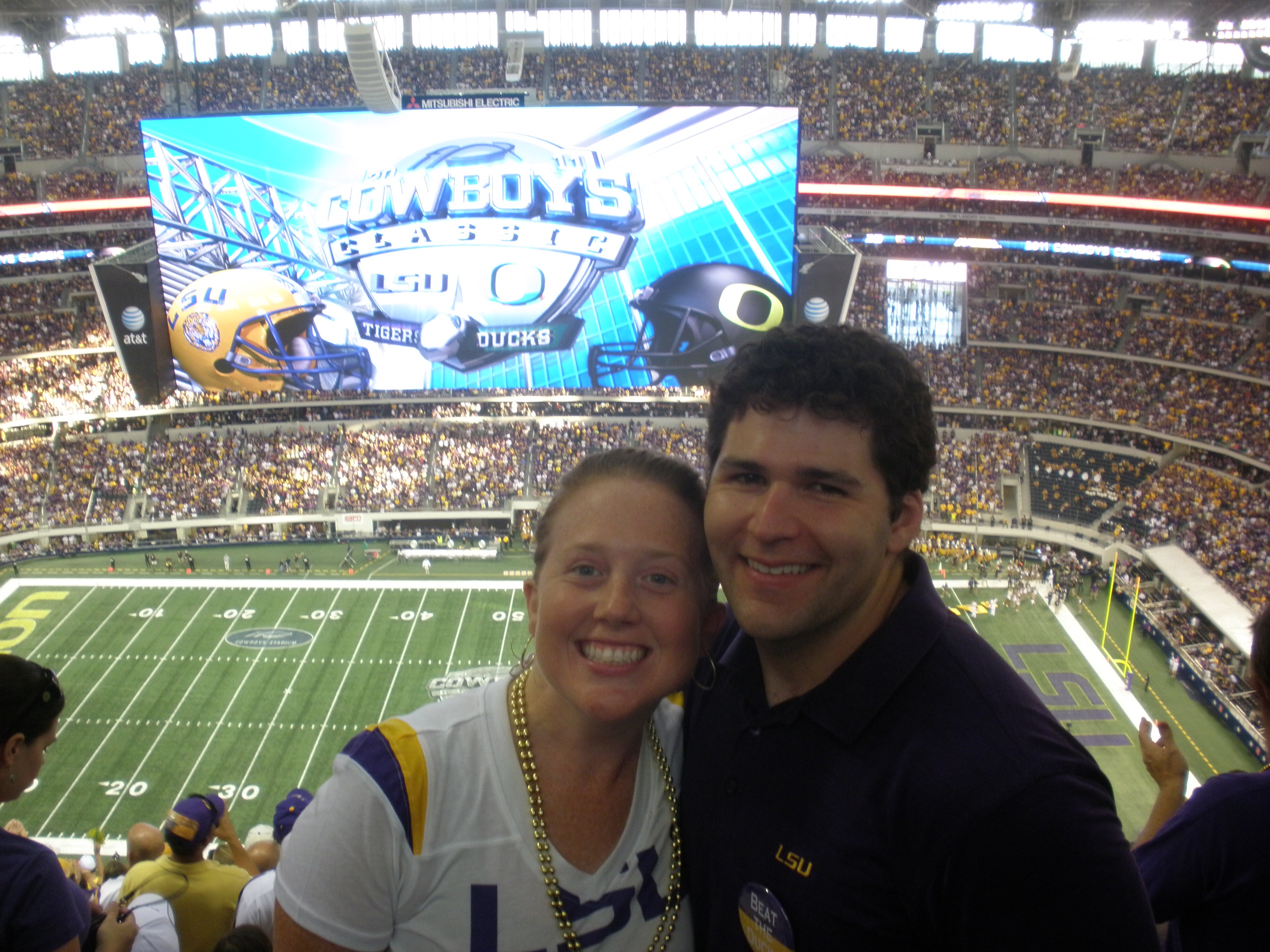 I don’t think we are able to go to any LSU games this season, but that doesn’t mean we aren’t going to have food from Louisiana for the game.

Last week, for the season opener, I made jambalaya and let me just say, it was pretty fucking good and I was pretty pleased with myself. 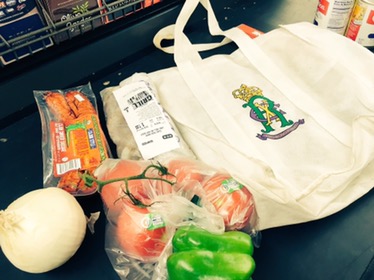 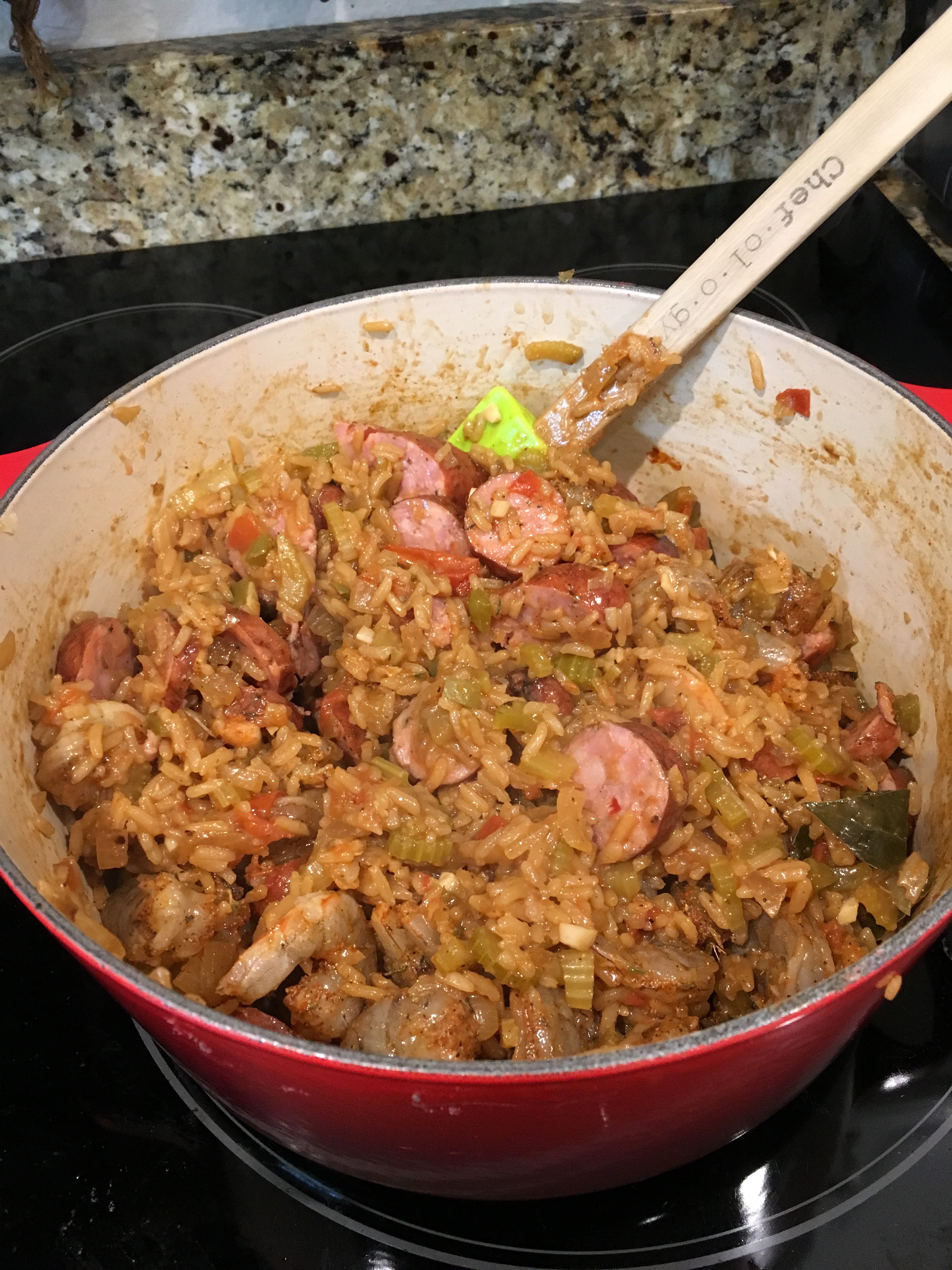 And today, for the home opener, I am making red beans and rice, using the fancy new silicone splatter screen I purchased this week at the Williams-Sonoma outlet in San Marcos (I was NOT prepared for this cookware and culinary tools temple AT ALL–so overwhelming). 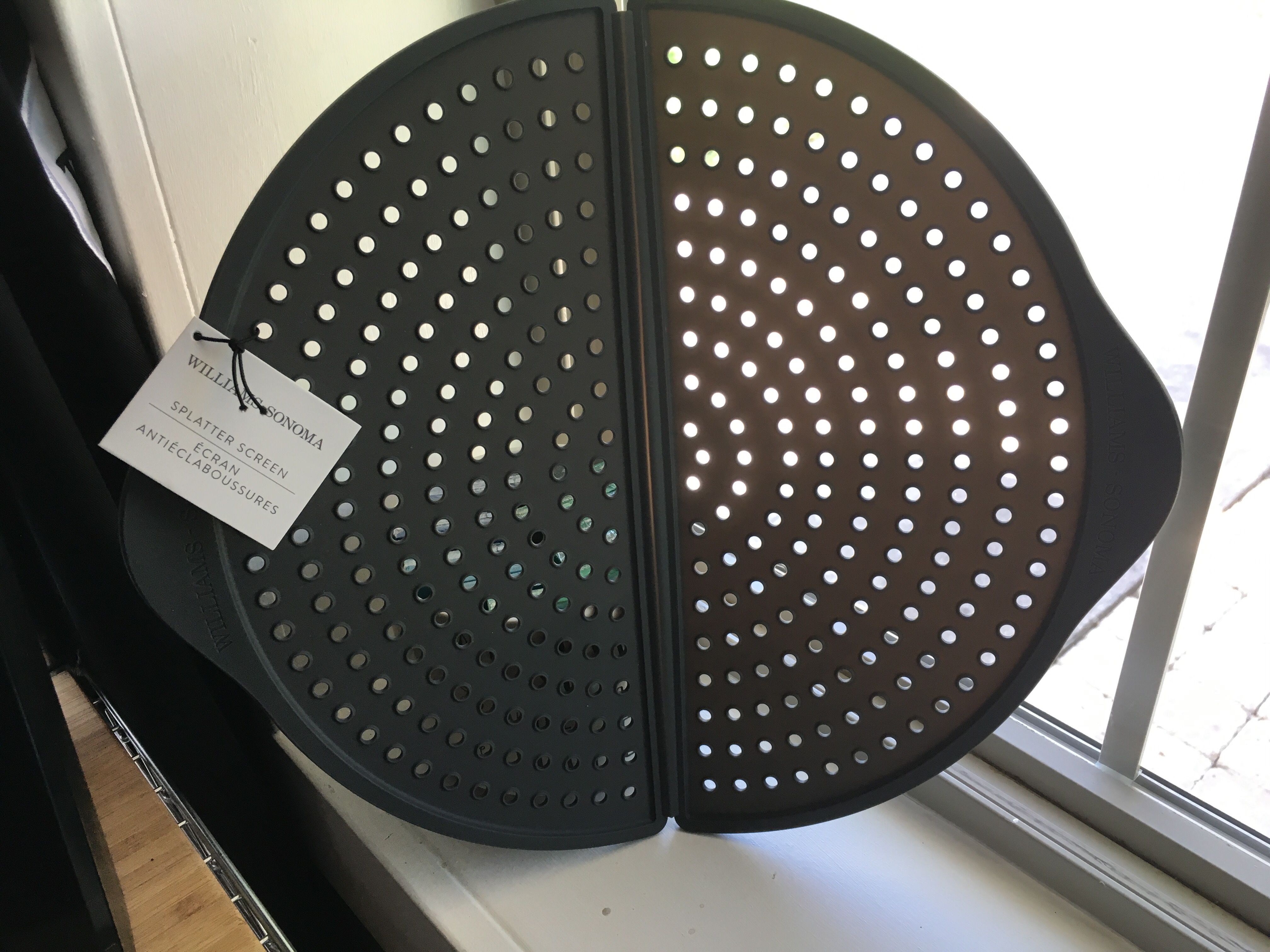 But I feel like a fraud making these meals because a) I have to consult a recipe and b) these are NOT the foods that I grew up eating.

I’ll share what recipes I’m currently working with below and just drop a teaser about a future blog post (or posts) with some of Pat’s favorite recipes and the things I DID grow up eating.

1. Jambalaya from Emeril Lagasse, via Food Network (because Besh is WAYYY too many steps) 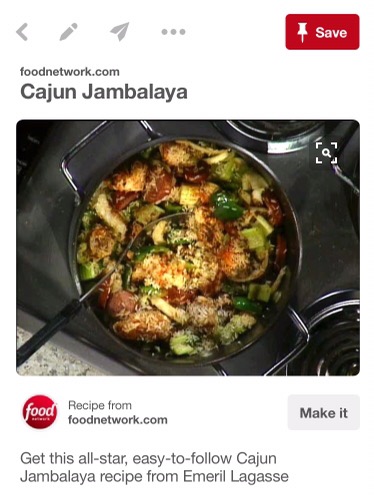 And yes, I really file all of my recipes with Pinterest. You eat with your eyes, and it’s so damn easy, when I am looking for a recipe, to just find the picture.

2. Red beans and rice from Tom Fitzmorris, via Hungry Town, who writes that one of the “wrinkles” he likes is how the beans are improved with an additional amount of celery–stay tuned for the jury’s verdict 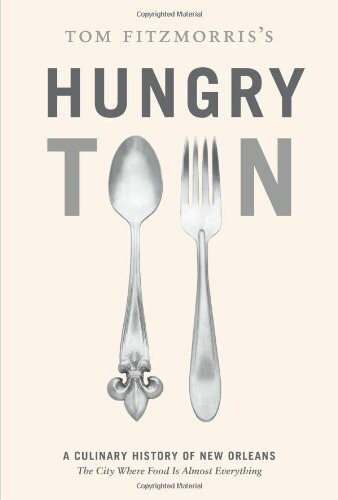 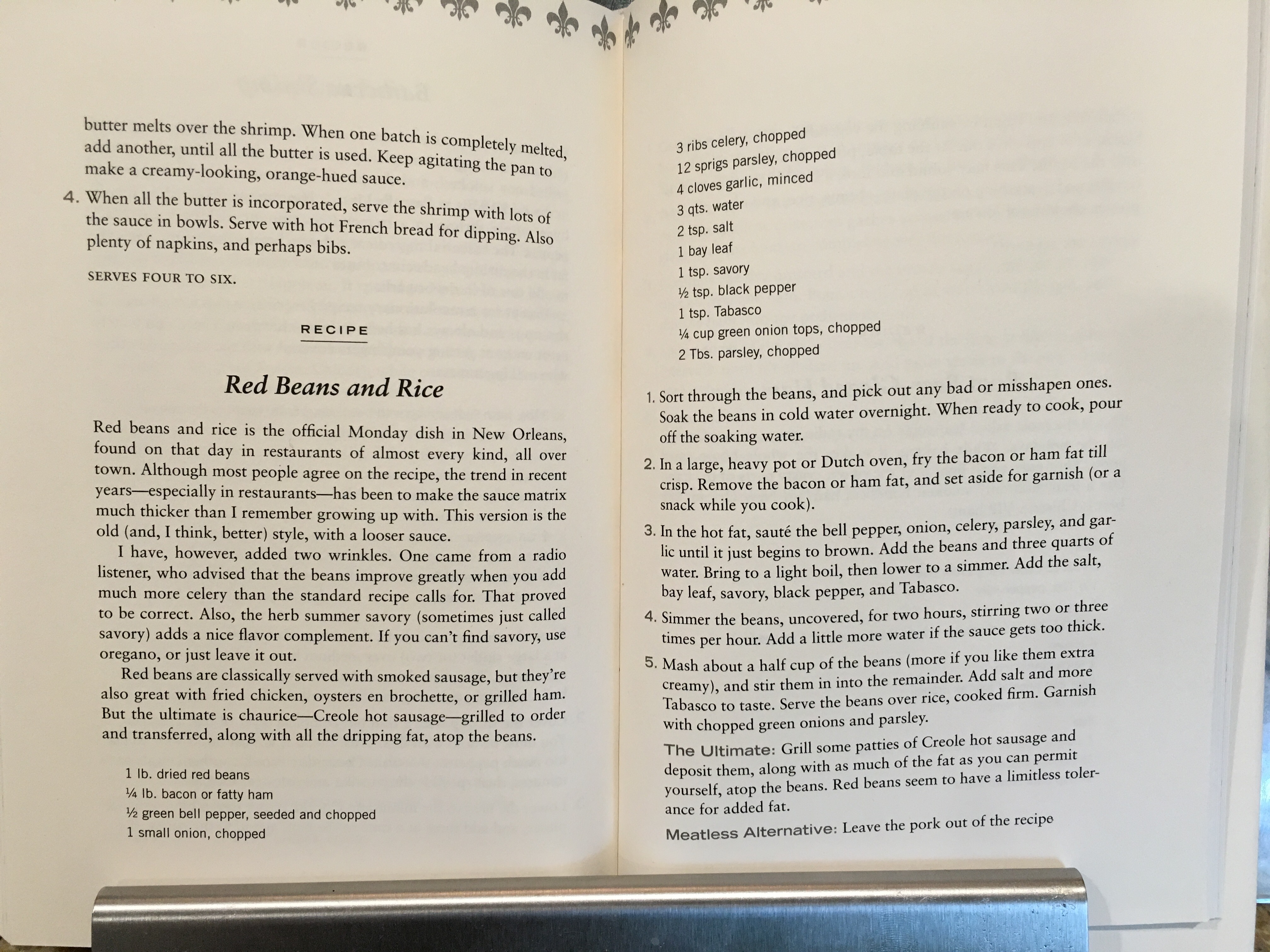 September 10, 2016 by ladytotteringhall
Cooking with Eloise

When the Listen to Your Mother videos are released later this summer, I will be able to share with you my reading, “My First Mother’s Day” in which I write about that day of epic folly and historic disaster.

Yesterday was my second Mother’s Day, and I made out a-okay, I would have to say. My request was breakfast in bed, which I got at 8:30am, complete with Starbucks. Gold stars to T and let me reiterate–8:30am people–that is like single person early waking hours but a luxurious lie-in to a toddler mother. I proceeded to not get out of bed until 9:30am. It was divine. And that is literally all there is to report about my second Mother’s Day.

Now. I recently purchased a big old pot of basil at Trader Joe’s for four dollars. I wouldn’t say Trader Joe’s is really the place to buy anything fresh and I kind of suspect the basil plant is the cause of some new insects in the kitchen but I digress.

I couldn’t resist such a big pot of basil and at that price but I had no plan for it. Until I remembered and somehow found the photocopy from my mother of The Loaves and Fishes recipe for “Fresh Basil Frittata” by Anna Pump. 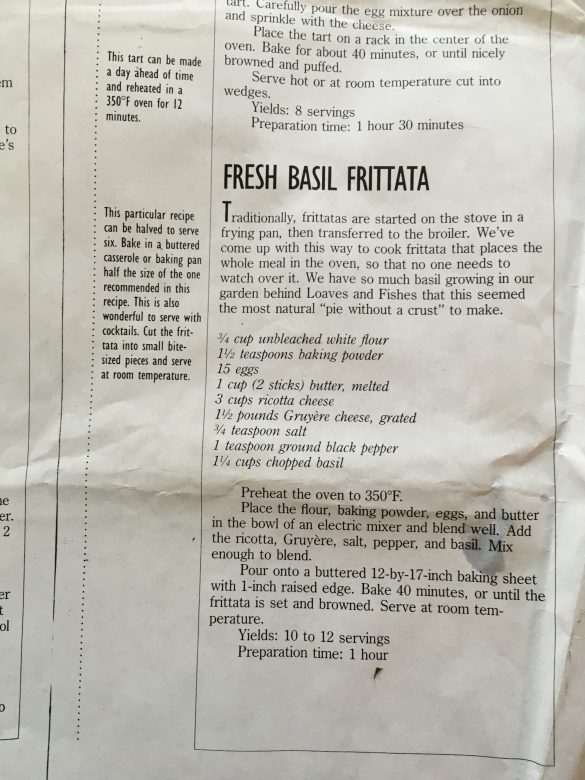 Ironically, Mrs. Pump’s obituary was published on OJ’s first birthday. I feel like I ate her basil frittata every morning of my maternity leave. And I probably haven’t had it since. BUT. Previously baked and frozen, I could pop a serving into the toaster and voila I had a warm breakfast of eggs without dirtying a pot or pan that I could eat while feeding OJ first thing in the morning. I know. Super glam–feeding myself and the baby at the same damn time. It’s not pretty, people. It is not pretty. Nothing about those early days is pretty.

This dish is not for the gluten-free, dairy-free or faint of heart. All of that said, you know it has to be damn delicious. And that it probably contributed to postpartum weight gain. Which was not. a. concern. in those early, hellacious days of first becoming a mother. Damn delicious was all that was good.

So today, on the day after my second Mother’s Day (and the day we went for OJ’s 18-month checkup even though today he is 19 months old), this is in the oven right now and making all the smells. 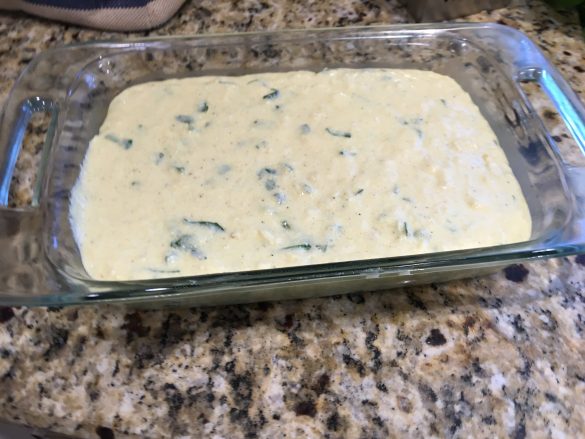 Should you decide to make this, a word to the wise: gruyere. To me, this cheese is magical and suggest purchasing a little lagniappe for the sous chef because I find it impossible to not have a bite (or three).

UPDATE 05/10/16: Lately, I’ve had a cooking show on in the background during the afternoon. Unfortunately, between what is updated in our bootleg links and what happens to be on the Food Network accessed via the good old parent’s DirecTV account, that has meant more episodes of The Pioneer Woman that I can face. So I went on a mission this afternoon to find episodes of The Barefoot Contessa. Perhaps she was on my mind after yesterday’s post about The Loaves and Fishes. The sad reality is that here in Texas, I am probably more in Pioneer Woman territory than the ladies from the Hamptons (even in Alamo Heights).

I was disappointed to find that none of our standard bootleg link providers actually have any episodes from “the early years” (2002-2008) or “the later years” (2008-present), and the bloody Food Network doesn’t have full episodes posted, only videos that are less than a minute, and I can’t deal with that. But I did find a bunch of episodes on good old YouTube.

In one episode called “Big Breakfast” from season ONE, she makes a slew of food for breakfast. Her lineup: Orange Yogurt with Homemade Granola, Raisin Scones with Raspberry Butter, and coffee that’s “so good” (yes, she shows you how to make COFFEE–she really flaunted the arrogance in “the early years”) and the cornerstone of this palooza, her Potato Basil Frittata. People. It’s the same damn thing as the “Fresh Basil Frittata” but with potatoes (which obviously makes it infinitely better, so say this Irish lady). Here’s the kicker: INA GARTEN HERSELF said about the frittata, “okay so it’s decadent but I’m not saying you should eat it every day.” Well shit.

May 9, 2016 by ladytotteringhall
Cooking with Eloise

Etsy makes the world much smaller. All. The. Way. From. LATVIA. And Etsy seller WoodPower…. 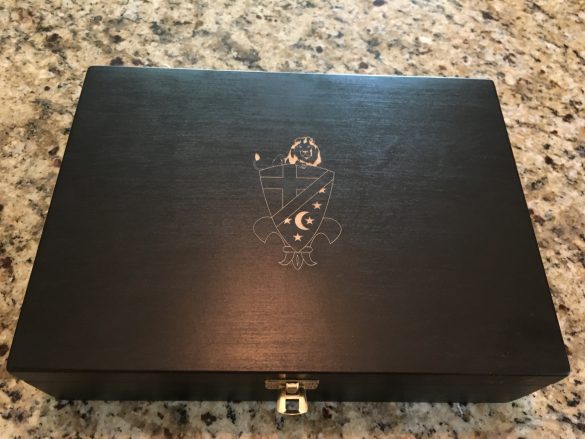 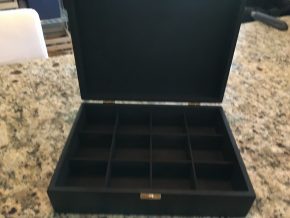 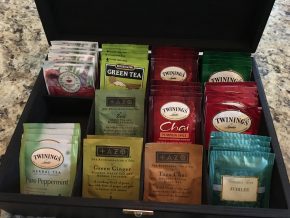 The fanciest tea in this box is from Fortnum & Mason, thanks to Megan’s many recent trips to London. Sadly, I don’t think it’s practical from any standpoint to keep Fortnum tea stocked as the “signature” of Tottering Hall. So my second choice would be Mighty Tea but logistically, I think the bags are too wide for these spaces. So Twinnings it is (for now?). I mean, it isn’t bad and in the sense it FITS, it’s quite good (but the rest of the brands Tazo, Bigelow, etc need to be replaced).

The crest etched into the box is the “official” Tottering Hall crest, which is derived from the coat of arms from our respective families. 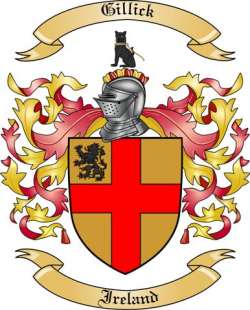 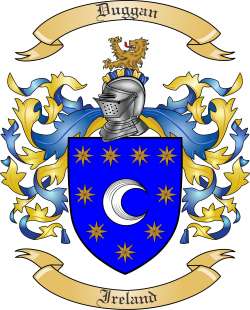 T mocked up a sketch and sent it to his talented brother Nick, who is a graphic artist, and he made the image legit. 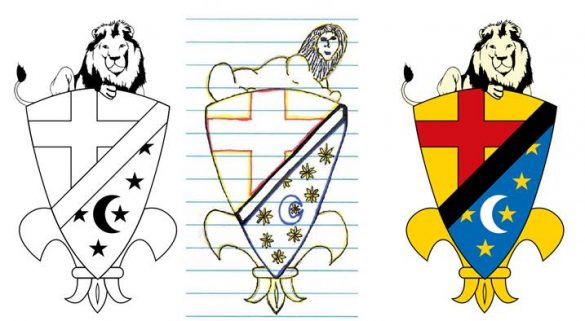 We used the vector files Nick created to make koozies and “krewe medals” for the wedding. 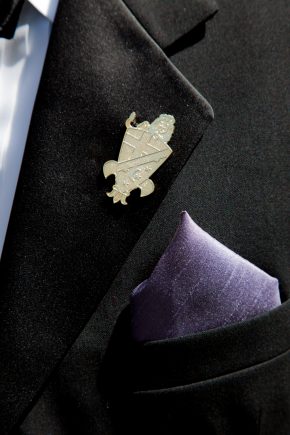 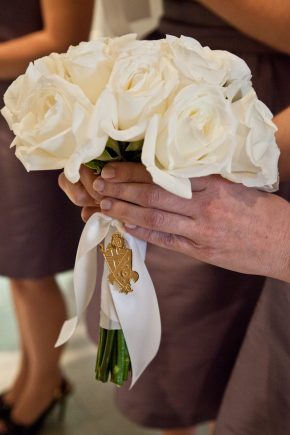 Now we have our own Tottering Hall tea box. Come for a spot. Because… 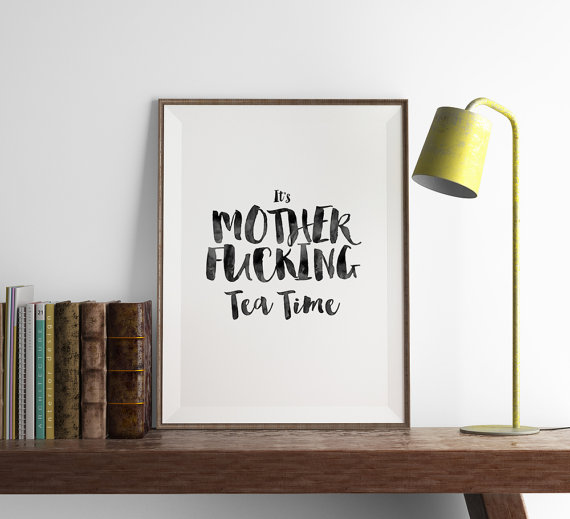 (from my favorite Etsy seller, and located in the UK of course, FuzzyandBirch)