The Stars at Night, The Urban Flaneur

I’ve been smoking a lot of Colgate lately–the college fair, #ColgateDay, a great opening to the men’s basketball season, and an alumni interview yesterday morning. I’ve also realized that college is a big blurry memory for me, but what I DO REMEMBER are those nights when you stayed in was the unusual night and going out was the norm. I have a new normal now so much that going out is like unprecedented even.

So last night, best neighbor Becky gets a gold star for rallying and going out with me on the spur of the moment. As in we were out the door within twenty minutes and had a bravo bang-up time out on the town. Art, urban, hip, culture, drinks, cool.

1. After driving past the Southwest School of Art, we turned down a dark alley to tour the art of the streets. 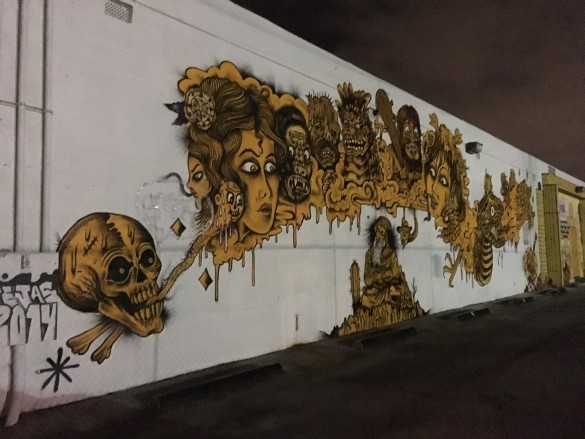 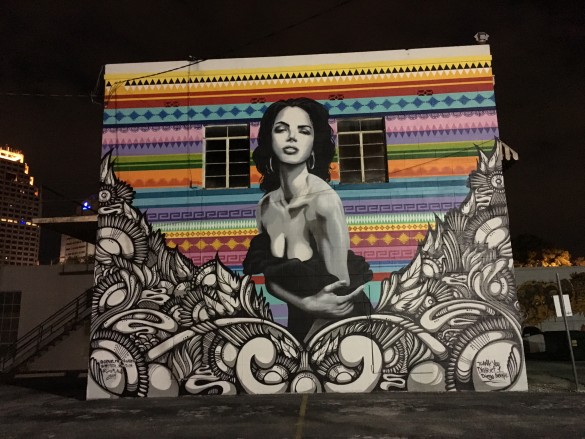 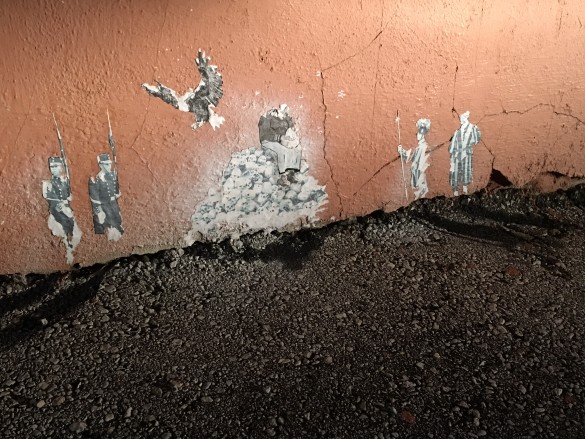 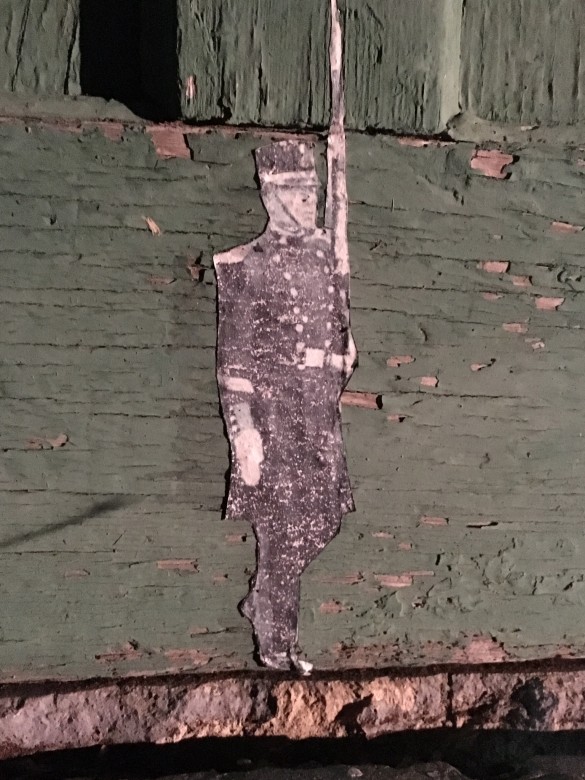 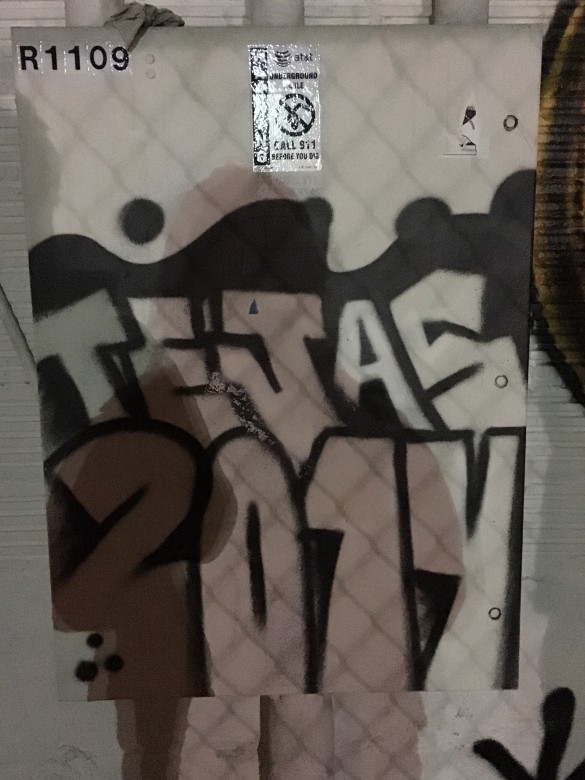 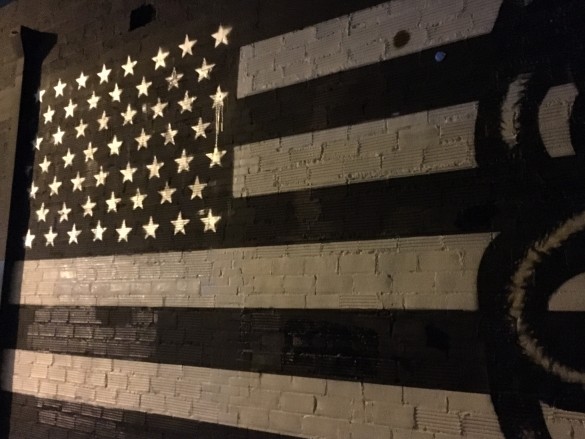 2. Then we walked around the Hays Street Bridge, a redevelopment project of a railroad bridge in East here that overlooks the Alamo Beer Company. 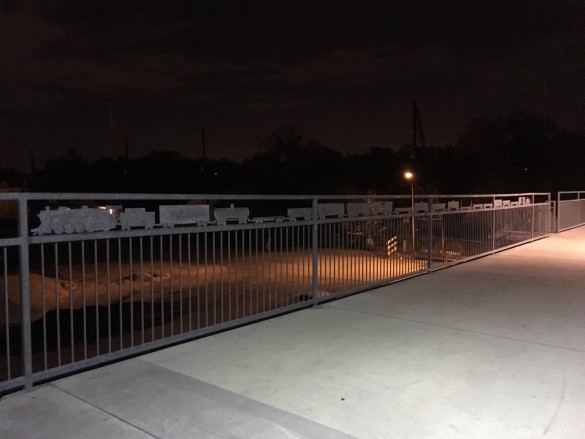 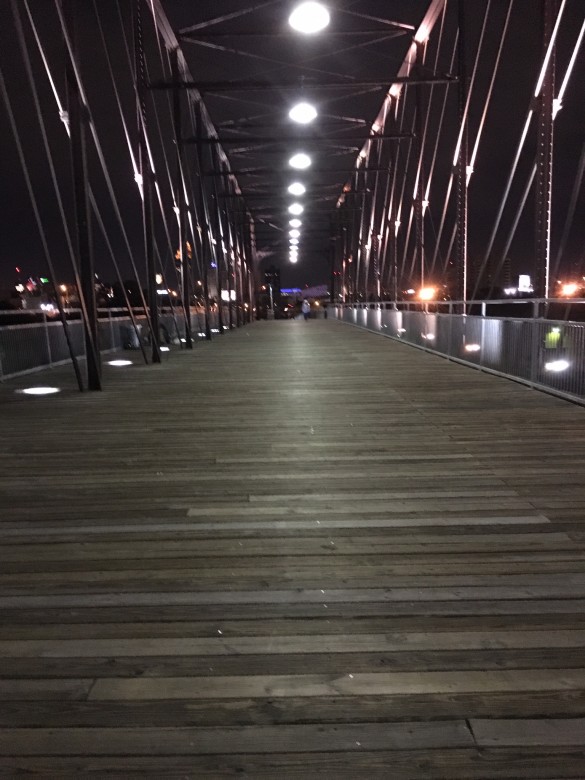 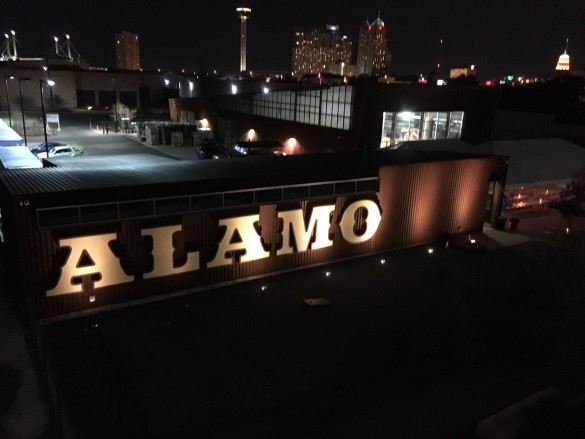 3. We stumbled upon second Saturday Art Walk–how hip and cool are we!? 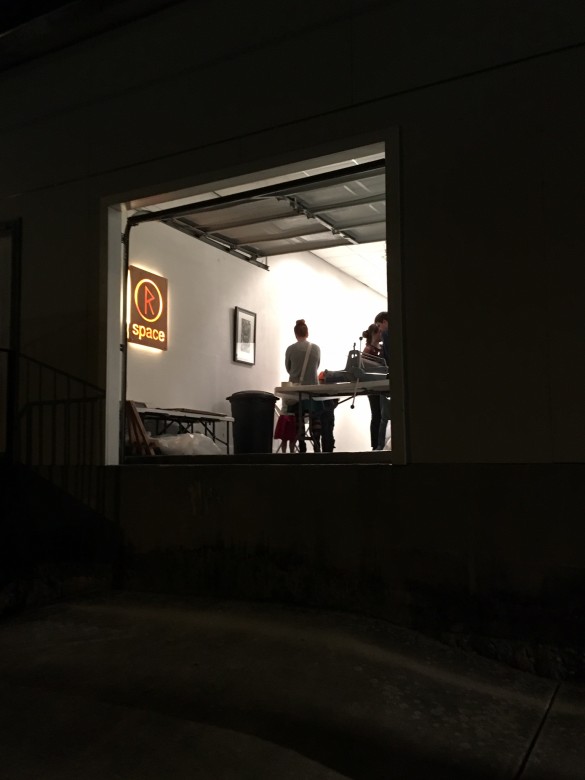 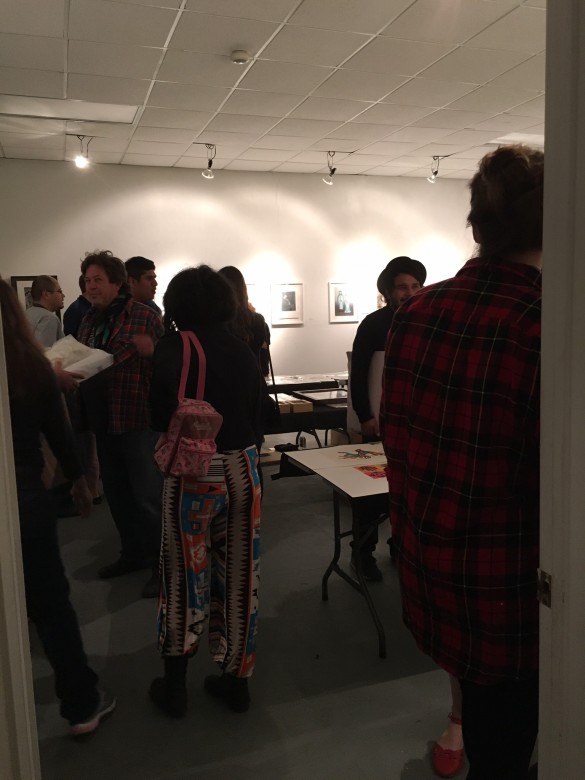 4. DRINKS! Rakia-based cocktails at Dorcol Distilling Company. We both picked the French 75 (rakia, lemon, sugar, bubbly) as a nod to the attacks Friday in Paris. It was a tough choice because the cocktail menu has lots of great choices. 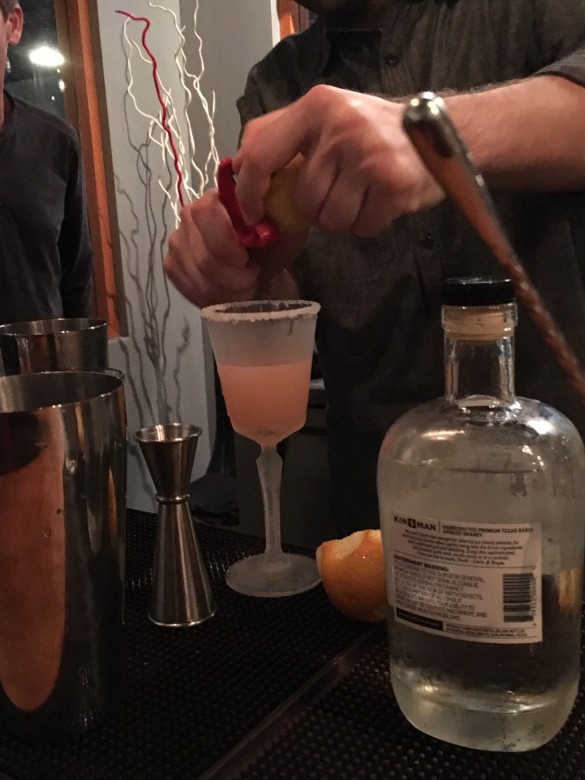 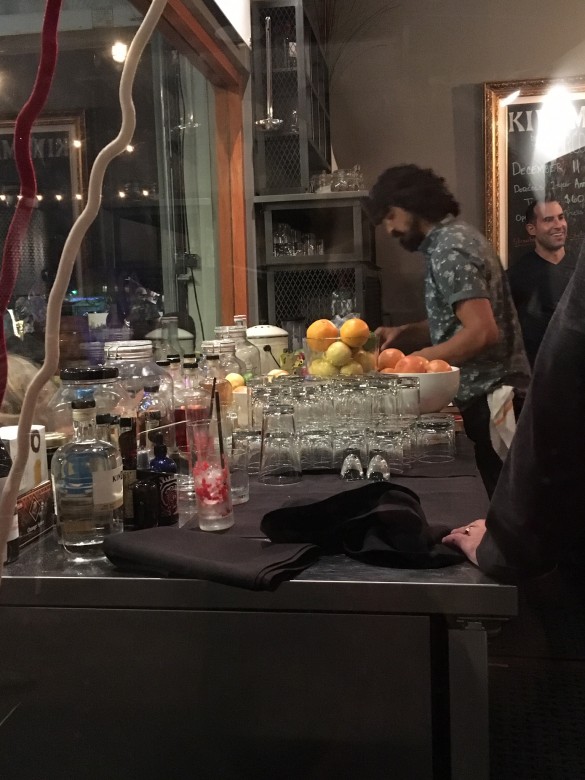 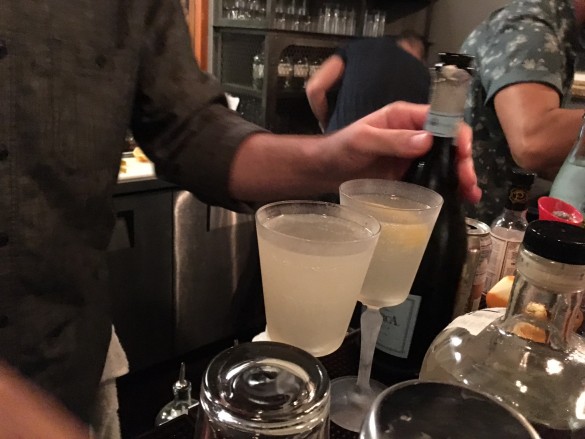 5. And we rounded out the night at The Luxury, in the tradition of the here ice house. There are a few other places like this, but The Luxury is right alongside the river which is so chill AND they have a bocce court. LOVE. 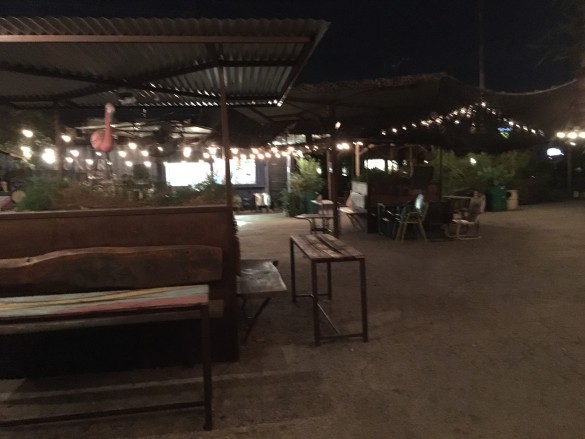 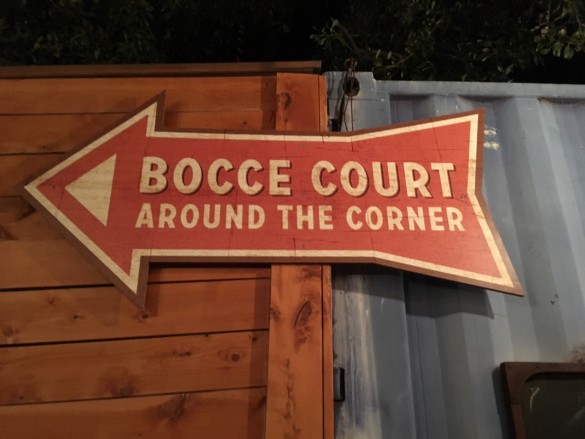 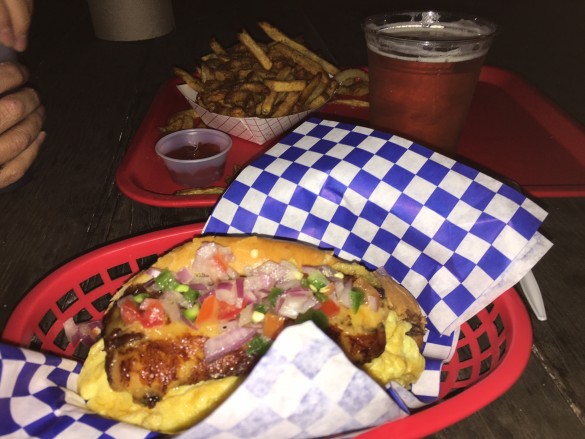 I was literally crawling into bed AFTER midnight–WAYYY PAST MY BEDTIME! Luckily my sweet husband who wouldn’t go out with me in the first place on Saturday night let me sleep in like a single person on Sunday morning.

November 16, 2015 by ladytotteringhall
The Urban Flaneur

Firstly, I believe it is advantageous to participate in an urban, European, study group.

When have you ever lived in a city? Going on study group for the opportunity to live in a city, any city, is fantastic. You can use public transportation. Public transportation that is regular, reliable and doesn’t have the words “Colgate Cruiser” plastered on the side.

When have you ever lived in Europe? It’s just six months so it’s not like permanent settlement but it is longer than two week tour. Living in Europe is important because you are a guest in someone else’s country and you must acclimate to how they live and God Forbid be exposed to the way they think (like providing universal health care). Moreover, living in Europe is dipping your toe into the rest of the world and in particular, London, which is a global city.

London is better than any of the other European study group options because the others are language trips, except for Geneva (IR) but Geneva is not a city, it is really just a big town. London is better than any of the other study group options in the UK. Here is why:
St. Andrews: Although, after today’s news that Prince William and Kate Middleton are engaged after meeting at St. Andrews all those years ago and that St. Andrews is a hitching haven, Sam might not like that and St. Andrews isn’t urban so, excluded.
Manchester: has nothing on London. And don’t worry, you can pick up Mancunian while living in London just as well via popular culture and immigrants from the North (practice now, say, hey-aaa).
Cardiff: Welsh is absolutely unintelligible but they have a nasty rugby team and a really great stadium for matches, but that is not a reason to go on that study group. Cardiff is a quick train (2 hours?) from London. Problem. Solved.

Lastly, I believe going with Colgate to London is best.

Other schools, like Georgetown for example, take your tuition and then punt you to a British institution and don’t even bother to say Bon Voyage, much less set you up in country. At the time I felt it was a bit sheltered and insular to have a Colgate professor and live with other Colgate students exclusively and hold our classes separate from other students, but after my experience at the LSE, I now appreciate assimilation difficulties (yes, laugh all you like) and since it is only one semester abroad, it’s really quite difficult to be successful (adjust quickly and for a short period of time in a different educational system). Therefore, I think that going with Colgate, is hands down the way to do a semester away.

Since you have declared History (will declare History if not already), it’s not like there are other study group options for the major (you could do one of the interdisciplinary groups like Venice or an extended study, but you don’t accomplish as much towards your major in these scenarios). So you are really asking, should I stay or should I go. Which equates to,

I rest my case.

And it goes without saying. Your FAVOURITE cousin will come visit and show you how it’s done.

Much love and good luck with the application.

disclaimer: this is all null and void if GRH is taking the group.

And the Learning Continues: Bikes in Copenhagen 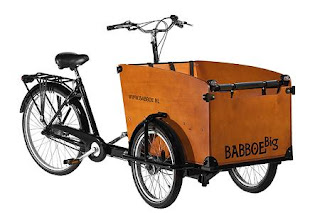 I came across this video that was posted to Copenhagenize via urbanist nerd blog StreetsBlog (one of many but in particular my favourite local urban nerd blog is Greater Greater Washington). Happy viewing!