Easter Monday at the White House

If you know me, you know I like to do ridiculous Anglo-phile things like observe bank holidays even though I no longer live in the UK. So yesterday (Easter Monday) I took the day from work and fortunately enough, I developed some very nice plans for my day. 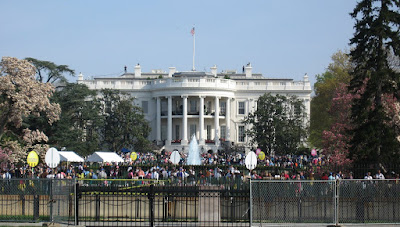 YES. I spent my Easter Monday at the White House.

Unluckily, I did not get tickets for the EGG ROLL through the lottery, but happily, my friend Kate DID so off we went with her super cute kids in tow, including the one to arrive in May. 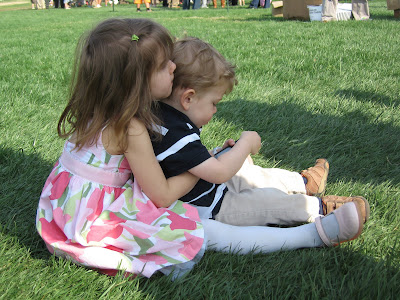 So after some long waiting (the kids were great!) we got into the roll. They were cross-marketing Michelle’s get kids moving campaign, so they had lots of different activity areas setup including ones like this: 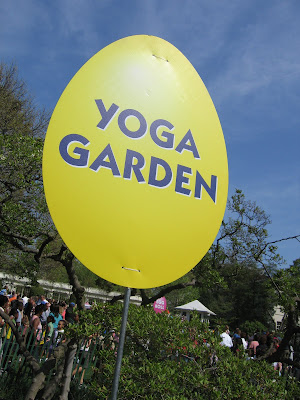 And the kids could play basketball on the court where Clark Kellogg got schooled by Barack (a piece they aired during Saturday night’s Final Four), and do hula-hooping, and play football with real, live, Washington Redskins (no Donovan). However, the best part was when the Obama’s came out for the National Anthem and to say a few words. 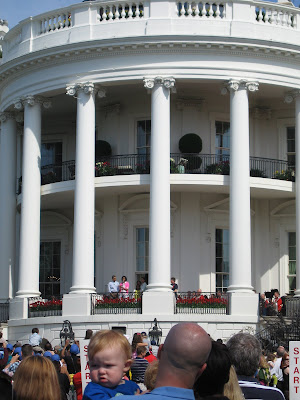 Love the puss on the red-headed baby.

And then they took to the lawn! Barack went and played basketball on the court and Michelle (she got the memo: wear pink!) and the girls read under a tree to the children, Dr. Seuss’ Horton Hears a Who! (so serious! the librarian has a twisted sense of humour, no?). 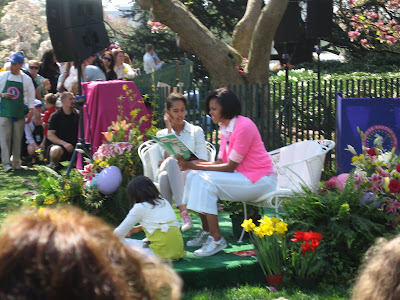 But going into the day, I said,

I want to meet Michelle, Sam Kaas and Barack Obama and in that order!

So I saw Michelle reading to the kids but HOT DAMN! look who I found standing all by himself, next to the Kitchen Garden, with nobody to talk to, but Sam Kaas, the Obama’s personal chef that they brought with them from Chicago, under 30 and BALD as all get out. Consider this your PREVIEW to my 2010 Christmas Card! 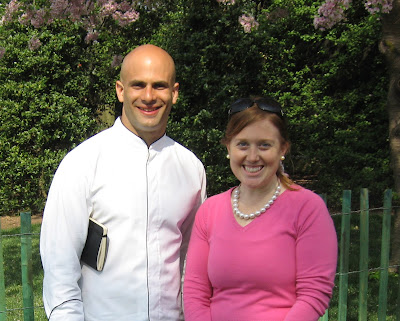 Oh we’re playing in the KITCHEN

Müller Rice, How Do I Miss Thee