Fridays are for airport tailgating

OJ loves, loves, loves airports and airplanes. Maybe he loves them in the same way he loves a cookie, anything chocolate, and bacon (i.e., he got it from his momma).

But it has really “taken off” since we introduced his favorite book, Richard Scarry’s A Day at the Airport. He enjoys the other Richard Scarry books too, but a whole book full of scenes from the airport is like manna from heaven. 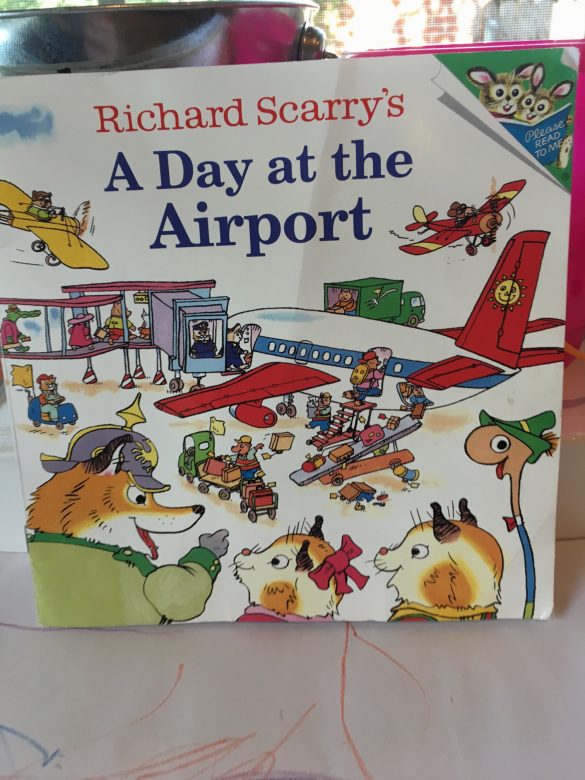 When we flew in July, I guess his speech wasn’t as advanced but when we flew to Louisiana two weeks ago, we could really talk about everything going on at the airport–the passengers need a ticket to get on the plane, that is the pilot, those are the bags on the “tractor”, there is the fuel truck putting gas in the plane (with sound effect gluggg gluggg gluggg gluggg). 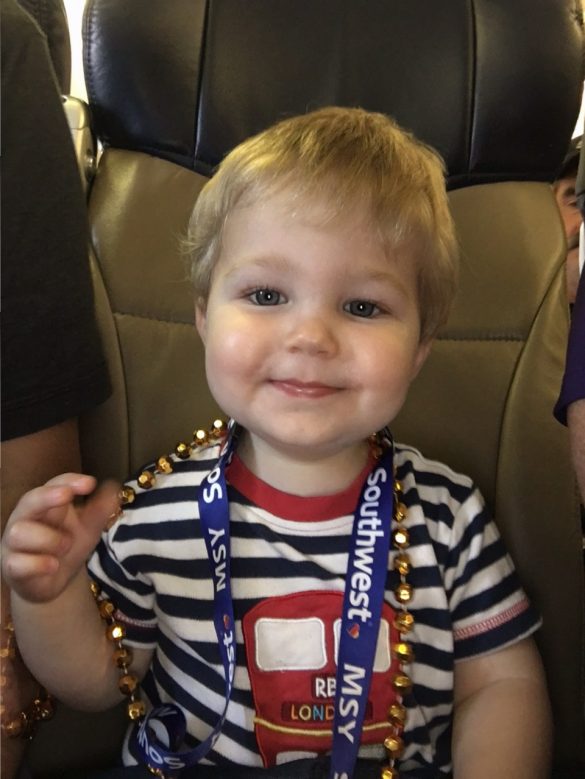 Fast forward to this week. On Wednesday we went to the pumpkin patch and it was 90 bloody degrees. 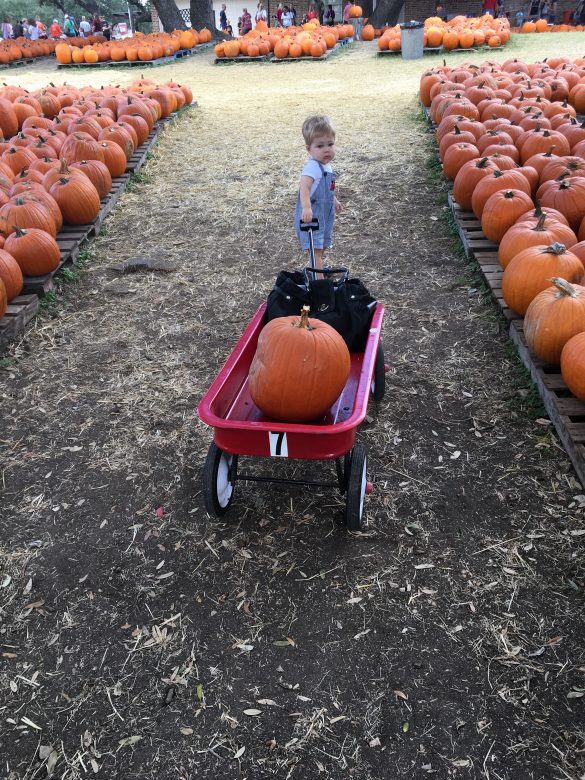 On Thursday, the weather finally broke so we resumed our evening ritual of “plane spotting” from our front yard. We hardly saw any airplanes.

On Friday, after having a nice cuddle and a lie-in that morning, OJ and I got coffee (mommy coffee) then went to the airport. Why not combine airplanes and tailgating to make airport tailgating? I parked on the top level of the parking deck, reversed into a parking spot that is closest to the edge, opened the tailgate, and we sat back, took off our shoes (shoes off!) and watched the planes from our front row seats. 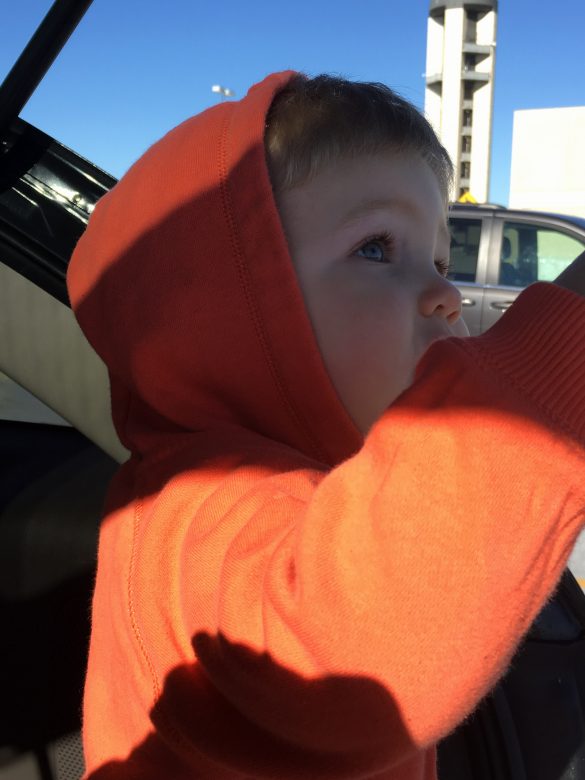 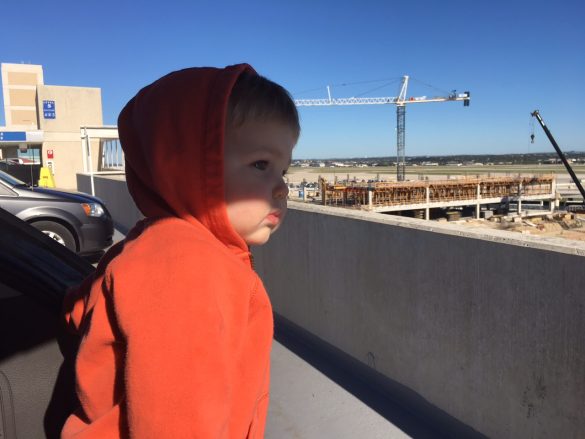 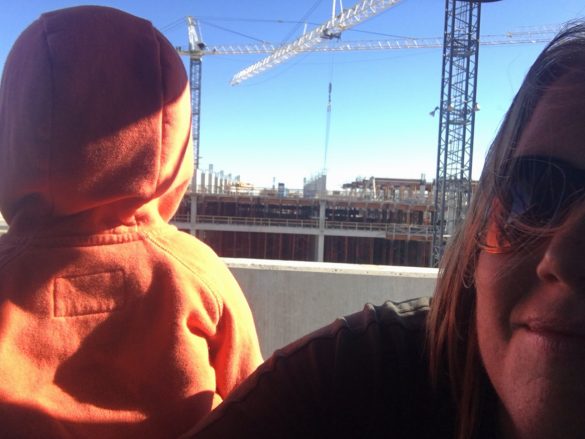 This is the first time we have gone airport tailgating and I realized there is not a steady stream of planes at the here Airport. During those long lulls, OJ watched the construction at the parking garage closer to the terminal, which was just great because his second favorite book is Goodnight, Goodnight Construction Site. We counted the cranes, watched the dump trucks, and got a little freaked out when the crane passed over our heads. The construction also created a partial obstruction of the runway so when the project is complete, I am hopeful we will get an upgraded view. 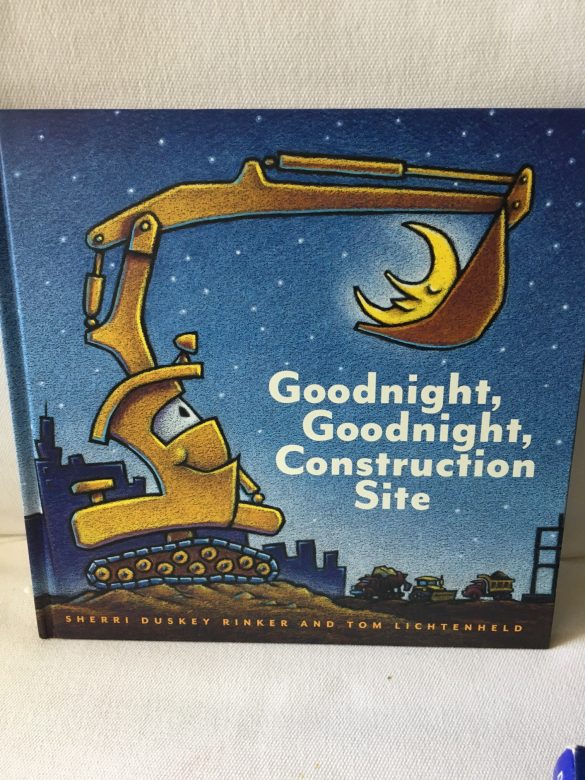 Obviously, OJ LOVED airport tailgating. Mom WIN. The tricky part was trying to explain that we were AT the airport but not getting ON an airplane. I just kept saying that next time we fly on an airplane is to visit The Muppets and The Honey and Aunt M and Ann Gosier (I talk Ann Gosier!!!) in Washington, DC (which is another favorite book because it also has a plane, called Air Force One). But before we get on an airplane again at Thanksgiving, there is Halloween and it should come as no surprise that OJ wants to be OJ PILOT. 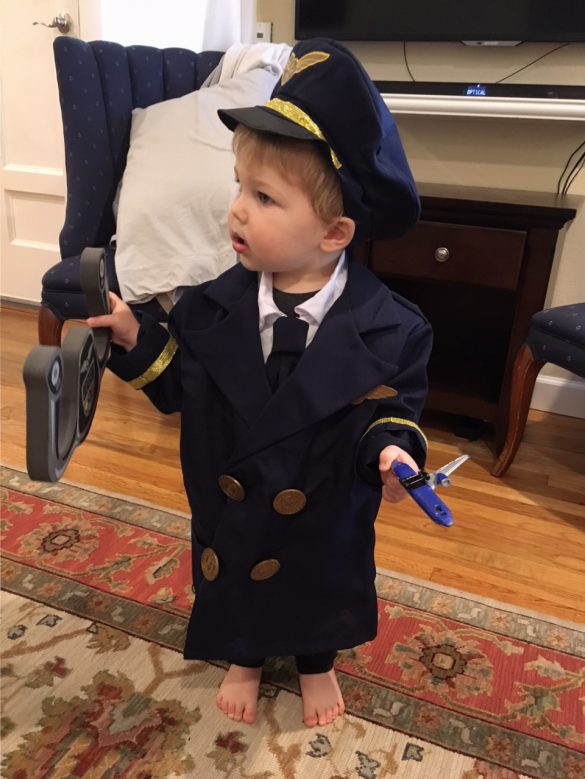 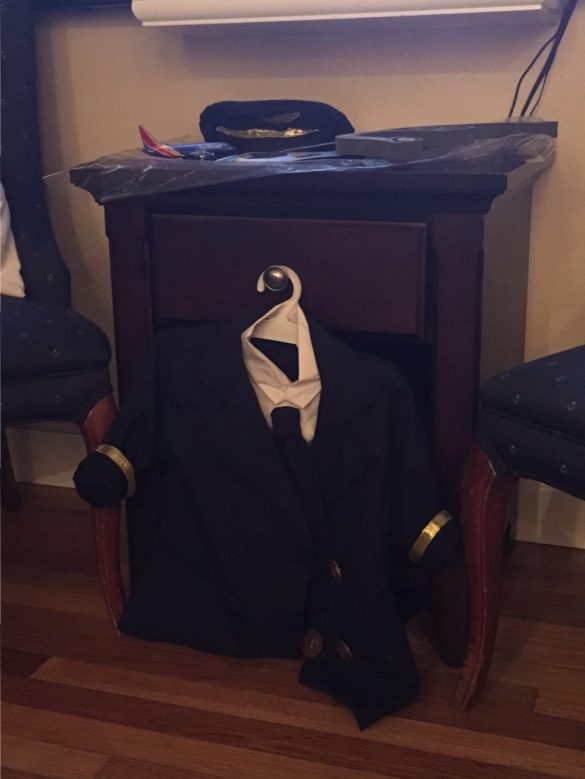 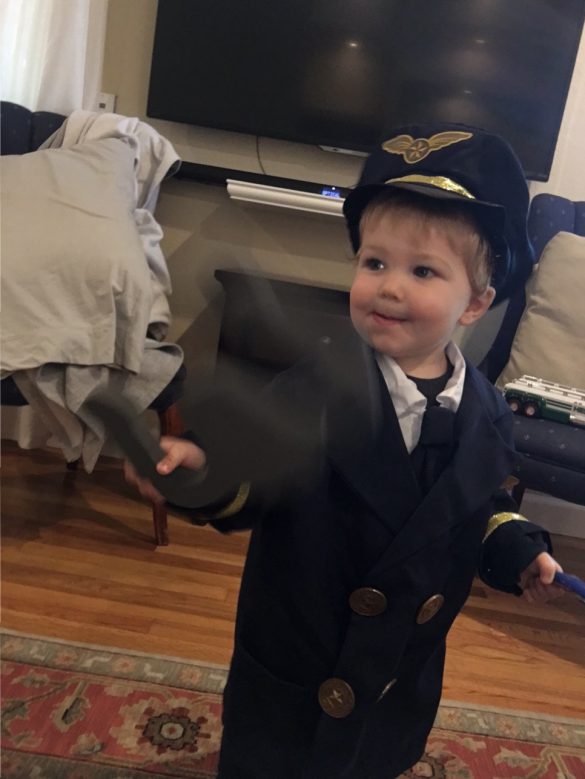