The Stars at Night

Perk of living in Texas: I am a SUPER TUESDAY VOTER!!!

GETTING PUMPED! Not for Trump–and we haven’t even watched this week’s episode of This Week Tonight. Tomorrow is SUPER TUESDAY!!!

In a strange way, I am so excited about voting in a presidential primary that “matters” and even stranger when you consider my presidential election voting history.

2000: I was a freshman at Colgate so I voted absentee. How anti-climatic for voting in my first presidential. As it turns out, the election itself is one of the most historic with the hanging chads and Florida recount. I still got a terrible grade in Byrnes’ POSC class, “The Presidency” that semester.

2004: I had just graduated from Colgate and I was going to be in New York working the ABC broadcast of the election coverage so I had to go vote in-person absentee before I left town. Driving to the Arlington County Courthouse, a cop in funny pants jumped out from behind a tree with a toy gun pointed at me and somehow managed to pull me over. He told me I was speeding and I said, “but officer, I am on my way to do my civic duty!” to which he laughed and said, “well, I am doing my duty as a police officer” and proceeded to write me a ticket. Thanks. Bush got re-elected and I left the country.

2008: WHAT is more exciting and equally unprecedented as 2000 than the 2008 election. That year I had graduated in life to the ultimate–being a boring working stiff in Alexandria, VA but living in the District in my new apartment for a little over a year. However, I intentionally kept my Virginia license with my parent’s home address until after the election so I could vote in Virginia where my vote would undoubtedly have more weight than in District. On Election Day, I woke up at zero dark thirty more excited than any other stupid, regular, boring, work day and went to the polling place in Arlington where we had our Girl Scout meetings. Talk about outstanding citizen me! The line was down the sidewalk and around the parking lot and almost back to the playing fields and it was like a wedding or the biggest block party you have ever been to in your life–such a festive atmosphere and so many familiar faces. I tried to avoid all conversations about current living conditions and I remember if pushed, that I was willing to LIE and risk ULTIMATE humiliation by saying I still lived with my parents… 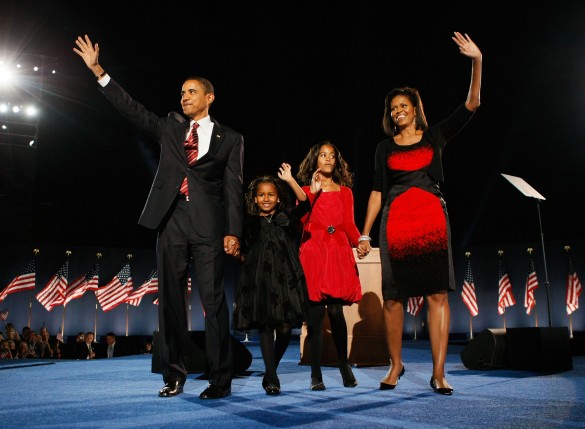 2012: Voting in the District legitimately. T’s parents had come to DC to meet my parents before we got married. I don’t remember what we did that Monday night but I said that I might bail on voting the next morning, to which the future mother-in-law objected and offered to meet me on the street early the next morning (they were staying in the hotel next to our apartment) with coffee in hand and wait with me in the freezing cold before I could vote. And it was freezing. For the record: voting in the District is a Disaster with a capital “D”. It’s done by paper and and I’m not sure my vote ever left the school gym where it was cast. The democratic process is probably more alive and healthy in Soviet Russia than in the District of Columbia. 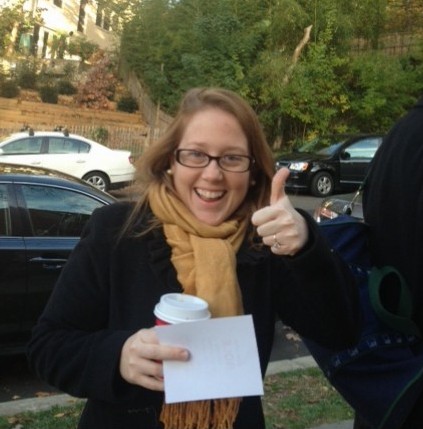 And now, SUPER TUESDAY before the Presidential Election of 2016!!! I am a SUPER TUESDAY VOTER!!! At least, I think I am…. When we moved to Texas, I took OJ with me to the DMV and after waiting for a long time, we finally got called to a window. I had my 27 documents to prove I am American and we left. I got a notice in the mail about two weeks later saying I had to come back (no specific reason given). I did thankfully get my license in the mail after the second attempt. Anyway, T got a 2015 and 2016 voting card in the mail and I am pretty sure I only got one for 2015 so I have this sick feeling that I am going to turn up tomorrow, super excited about being a SUPER TUESDAY!!! voter and get turned away as illegitimate. C’mon. I’m not dead–let me vote!!!