I do have some “regretsy” this morning, Election Day morning, because I voted AGES AGO. The polls here opened two weeks ago for early voting so I DID IT–but this morning it feels pretty anti-climatic. Here’s why I voted early:

1) everyone was doing it

2) we took T to work, so early voting at UTSA (one of the many early voting stations) was a great way to kill some time before Costco opened

And as a bonus, afterwards, I felt a relief like I did what I needed to do and no longer needed to fret listening to the cycle.

As theSkimm for Election Day says,

“HAVEN’T PEOPLE ALREADY STARTED VOTING? They have. Tens of millions of voters have handed in their ballots already thanks to early and absentee voting. It’s looking like a lot of them are Hispanics, who tend to lean Dem. So far, black voters – who also tend to go blue – seem to be less psyched about early voting than they were when Obama was on the ticket. If you’ve already turned in your ballot, bring out the popcorn and watch the ‘I Voted’ selfies roll in.”

So here I am sharing our I VOTED SELFIE, from like a week and a half ago… 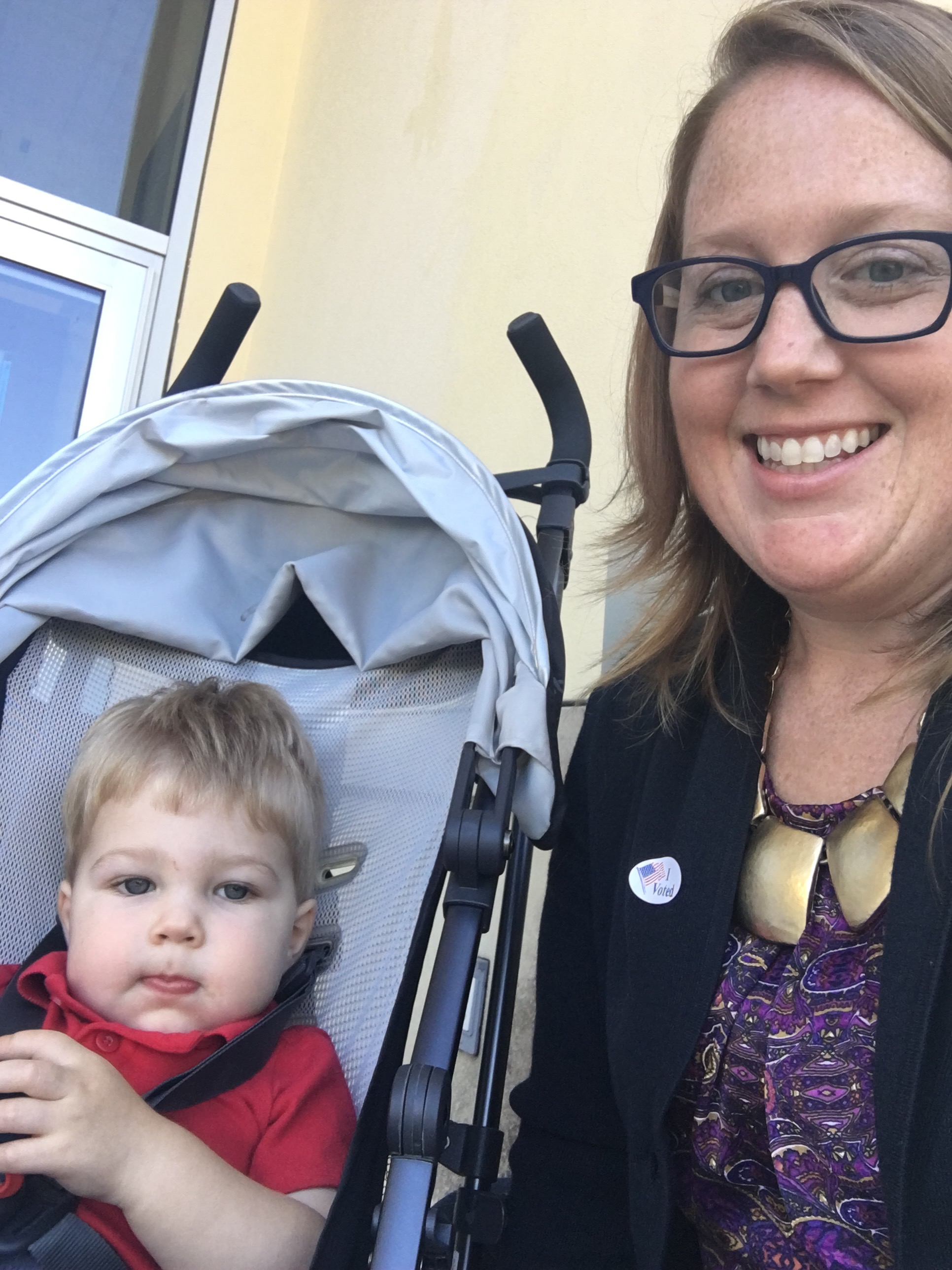 Voting On Tuesday – How Is This Still A Thing?: Last Week Tonight with John OJ (HBO)