What does Batman do on a Saturday night

What does Batman do on a Saturday night to entertain his pregnant wife?

Put on a cooking show and put the kid to work. Baby girl, DO NOT DELAY your arrival to our wee family, where the men do the kitchen work.

T and I have been watching my “FAVOURITE” show, Masterchef Australia season nine. The episodes we’ve been watching most recently had a guest judge, Yotam Ottolenghi, so the theme was Middle Eastern. Watching, we have been salivating and missing Lebanese Taverna.

It is AWESOME they post all recipes online. There are SO MANY recipes in a show (much less in a week or a season) and because these are also “home cooks” it’s more like our level of cooking. Working in metric–is makes so much more sense for accuracy but it’s a real challenge to get the conversions correct. I got burned trying to make a coffee panna cotta from last season either by the metric conversion or by the ingredient conversion (sheets of gelatin to envelopes of powder gelatin). It was terrible. But I digress. And today I was not cooking, cutting or getting burned (literally). 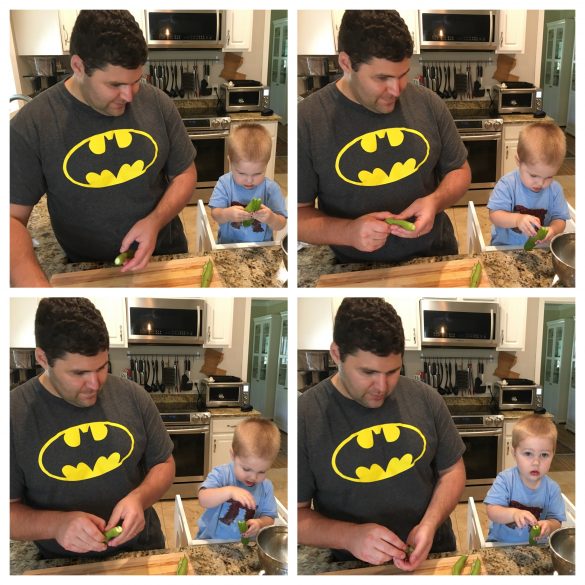 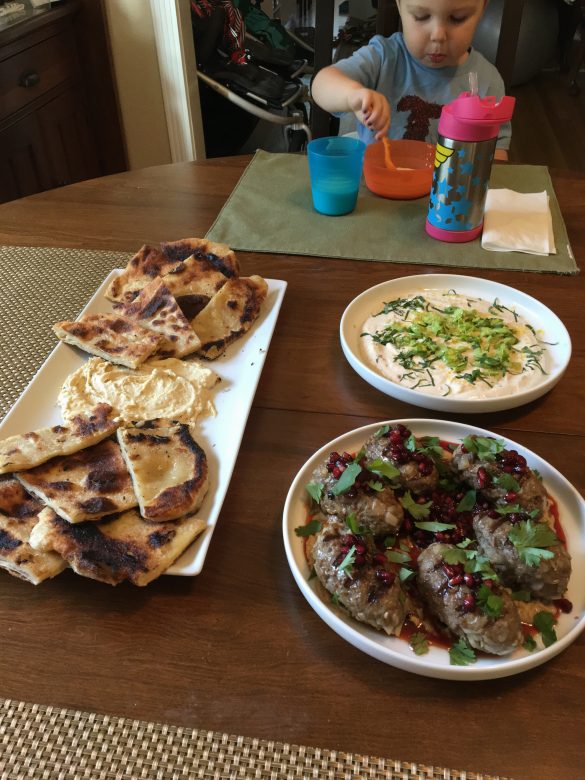 And then, THEN!, after we put OJ to bed (and after a true trial of two-year-old testing his parents), the apple. 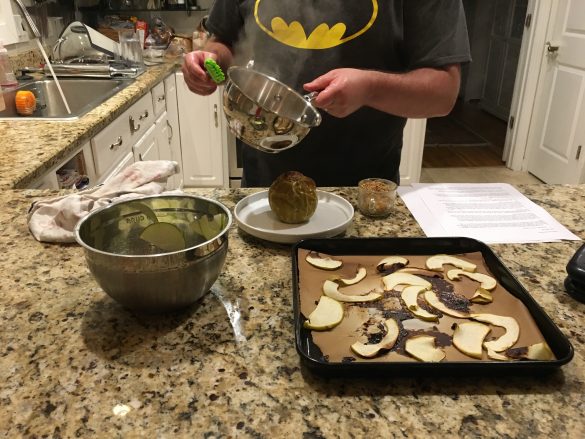 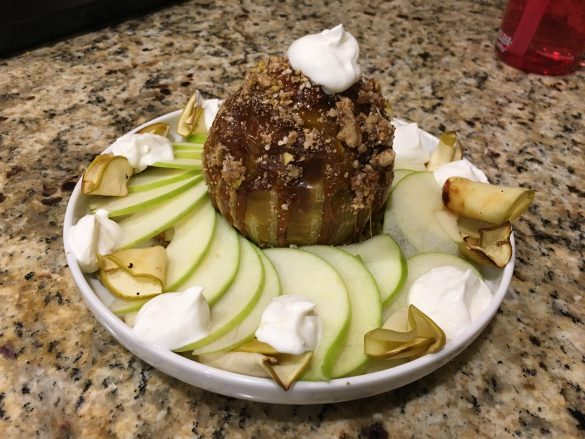 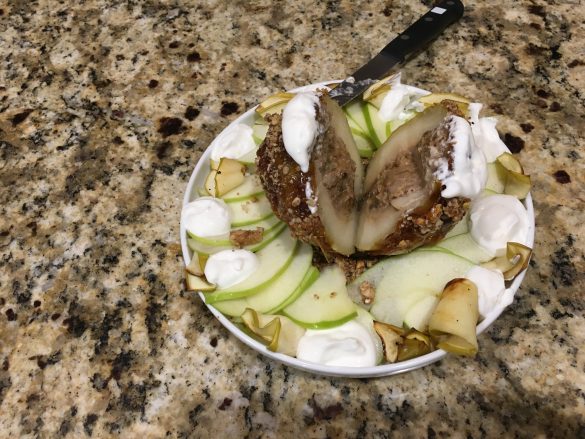 Final verdict: the mezze was delicous and maybe we should have made garlic sauce (a Lebanese Taverna favorite) to accompany the feast. On the dessert, we were both surprised by the super sugar rush from just a few bites. T deemed the apple a waste of time but I say, the whole endeavour was a good way to spend a Saturday.

I’ll also say here–T really is Batman at our house lately. The doctor told me to take it easy after I hit it out of the park with my blood pressure readings last week. It’s easier said than done with a two-year-old but I’ve become a whole kind of useless around the house. As a result, T is doing all his regular household stuff plus stepping up to the plate and doing more. I am married to BATMAN–a Batman who likes to COOK for shits and giggles every once in a while.

Müller Rice, How Do I Miss Thee