You can’t take the DC out of the girl

Home has never looked so good as it did over Thanksgiving. I think every small detail was amazing and in technicolor because we had not been home in OVER A YEAR, so it’s just the heart being fond of what it cannot have.

Here: our “glam shot” on our 5:15am (not 7:00am) flight from here to Dallas (OJ is reading the flight safety card, and telling us, “this one plane, the one sliiiide”). We barely made this flight and barely made our connection in Dallas. We would never book a 5:15am flight and we would never be able to book a flight that only has a 40 minute connection on paper at DFW, because that is asinine, but our itinerary was changed after we booked in July (which we discovered in bed Tuesday night). 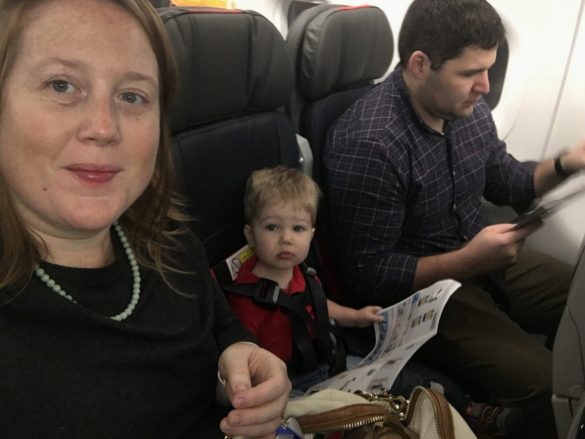 With such close calls, there was no Starbucks for mommy which was a big problem. En route home from the airport, we collected lunch at The Italian Store and I got to hit up Starbucks next door. The barista was giving me sass, which I gave RIGHT BACK to him and it felt SO GOOD, like a part of my personality that has been long in hiding in Bless Your Heart Texas could finally come out. You can’t take the DC out of this girl. Leads to conversation about life stress, general kindness and seeing the East Coast as an outsider.

Over four days we covered three playgrounds. While spending more time outside in the cold for which our clothes and bodies are not prepared, is slightly unpleasant, a kid that doesn’t sleepmis worse. We went to the Arlington County Harrison Street Park (apparently called the Chesnut Hills Park) which is majorly different from my childhood days, the on crack/steroids Clemyjonrti Park in Fairfax County next to the CIA, and the “adventure learning” palace at Beauvoir, on the grounds of National Cathedral. We have NOTHING like any of these playgrounds in Texas. Leads to conversation about tax base available for amenities like playgrounds, and why Arlington County is not an “average” population. 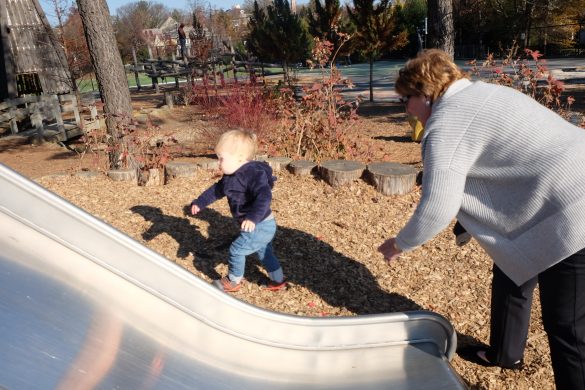 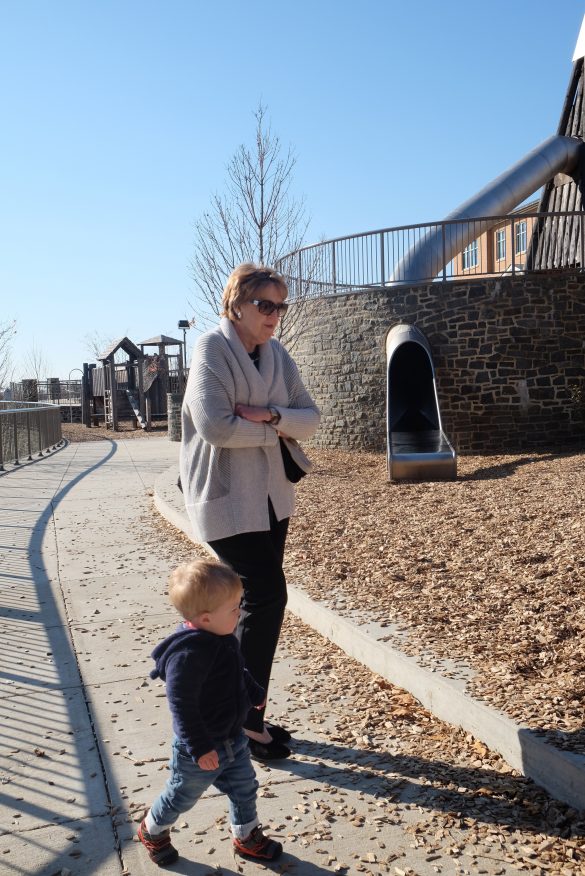 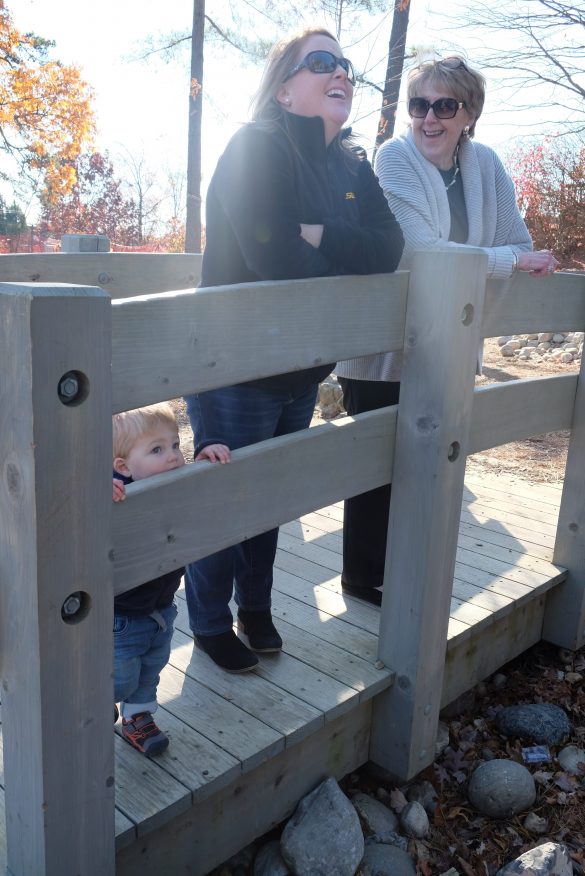 Friday we had AIRPLANES day. In the morning we went to Udvar-Hazy Center at Dulles, and saw amazing airplanes. But maybe since the Enola Gay, the Concorde, and the Discovery Space Shuttle were PARKED and not taking off or landing, they had little to no impact on OJ. Leads to conversation about free museums. 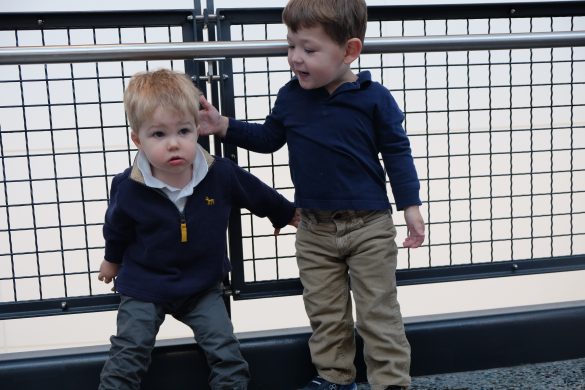 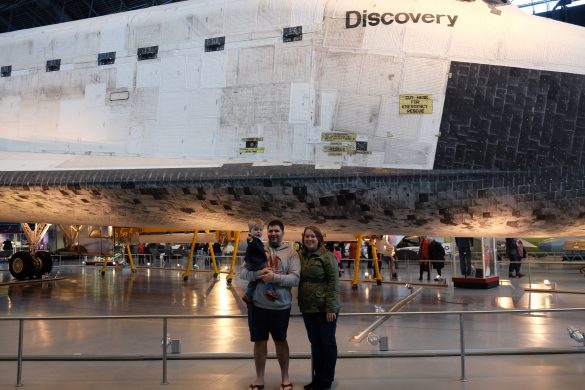 After naptime, we went to Gravelly Point for planespotting, which I was so excited to do with him because the planes fly RIGHT OVER YOUR HEAD. 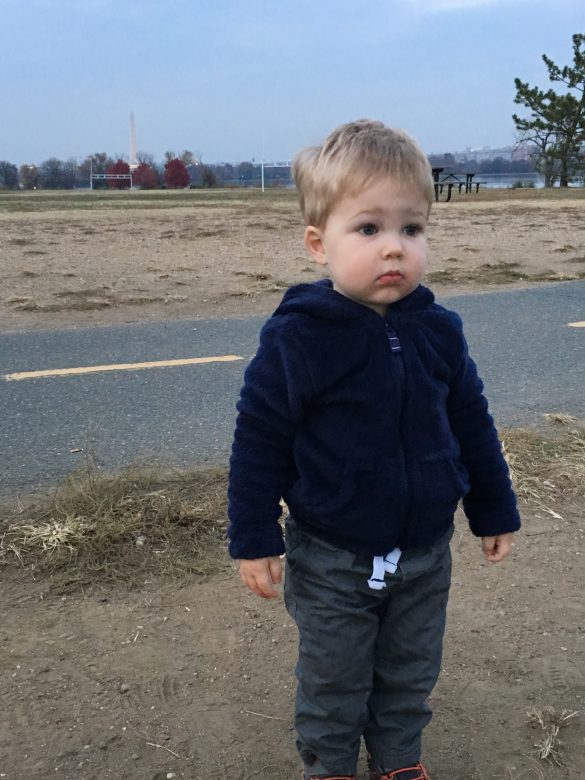 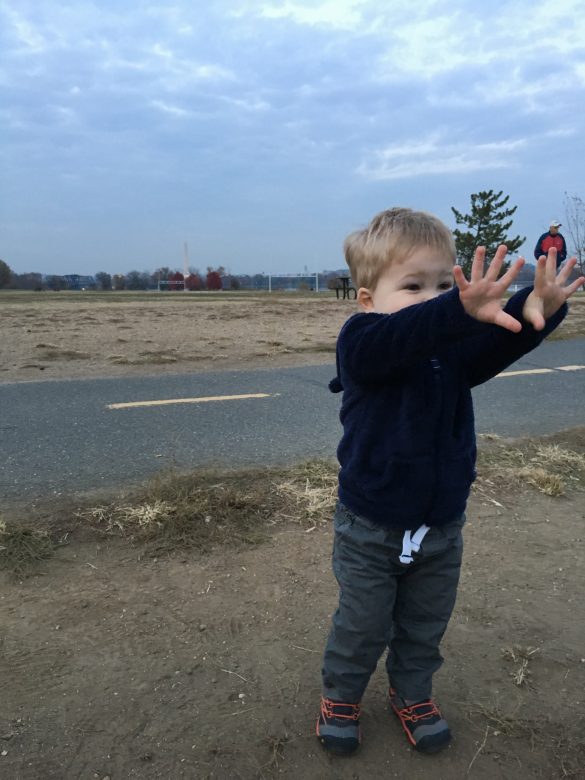 On Saturday, we had brunch with grade school friends at Sarah’s house. The smartest thing I did was change my mind (out of sheer exhaustion) to go grab DUCK DONUTS instead of bake. Best. Idea. Ever. Damn. Delicious. Donuts. Leads to thinking about the planes, trains, and automobiles that would be involved to vacation on the Outer Banks from Texas.

On Saturday we got lunch from the Lebanese Taverna market (chicken schwarma, kibbeh, garlic sauce), we had a double date Saturday night with Kelly and Duane at Evening Star Cafe in Del Ray, and on Sunday we had brunch with my godmother at Chef Geoff’s, one of our perennial standbys, in what used to be our neighborhood. Leads to conversation about the number of great restaurants (and disposable income).

What Texas has going for it? After a very long morning of travel on Monday, it was 75 DEGREES when we landed in here. No cold weather, dry air, or static electricity.

Yes Texas is warm and easy but DC has A LOT of other things going for it, not the least of which–Home is where the grandparents are. 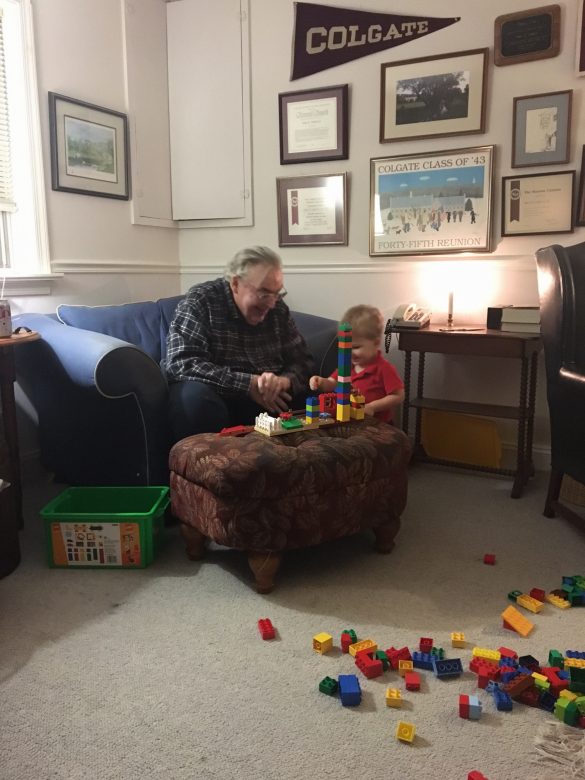 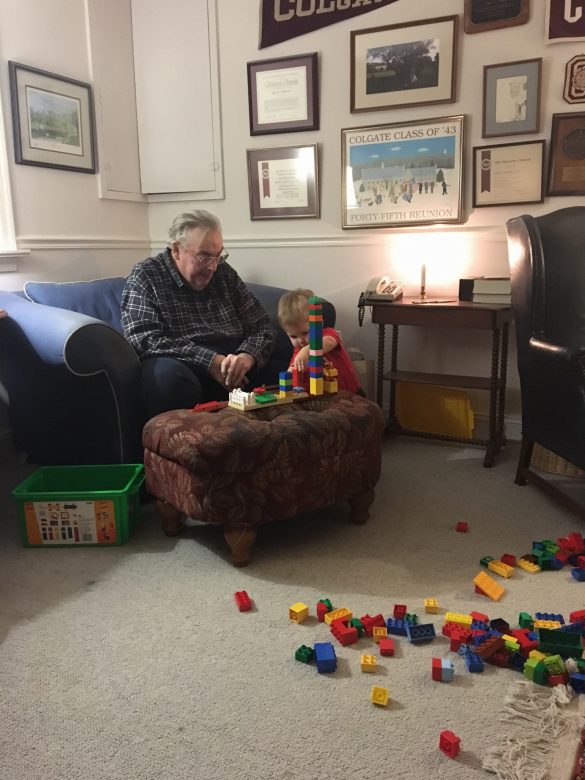 A pope flies to the United States…

Our little star turning ONE